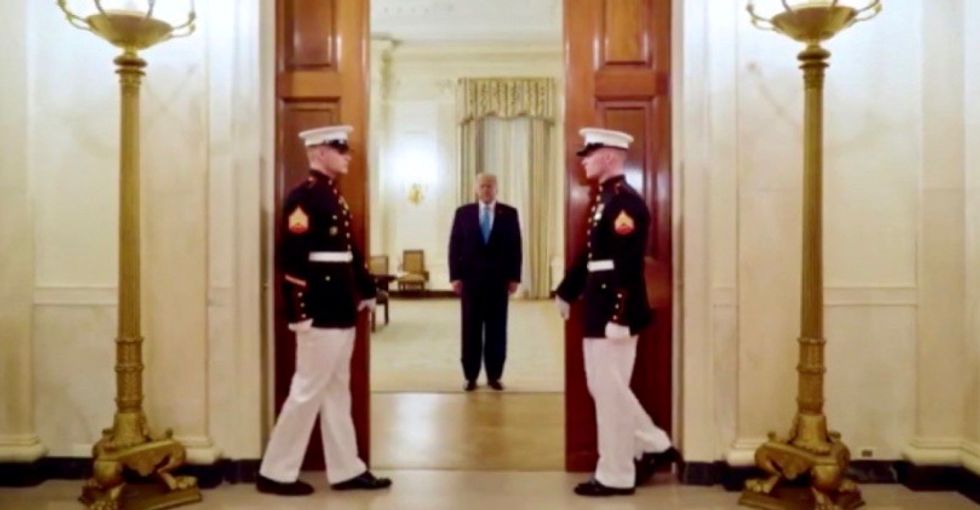 President Trump inappropriately if not illegally used uniformed members of the U.S. Military in video of him walking in the White House to attend a citizenship naturalization ceremony for five immigrants, staged for the RNC. (Ethics experts say the use of the White House for a political campaign is unprecedented, a gross abuse of power, and entirely inappropriate. There are also concerns of violations of the Hatch Act.)

"This entire camera shot is LITERALLY COPIED FROM PUTIN & THE KREMLIN," Nance, noticing the disturbing parallel,  said on Twitter. "The soldiers, the doors opening, the red carpet." He called it "disgraceful."

Here's a screenshot from video the White House released Tuesday of the naturalization ceremony: 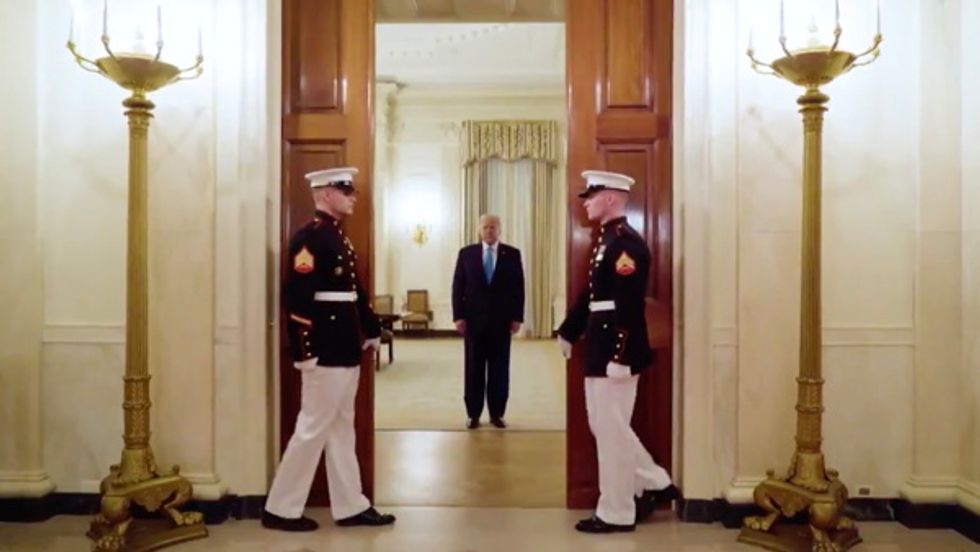 Here's an image of the Russian Honor Guard opening the doors for President Vladimir Putin.

Nance wasn't the only one who noticed:

If this moment looked odd to you, it's because you don't have authoritarian tendencies. Compare ceremonial guards s… https://t.co/zz01gp5z1E
— Darlene McDonald (@Darlene McDonald)1598419052.0

Nance points to this mashup as well:

Here's the White House's video. It's unclear why it needed to begin with the members of the military opening the doors for Trump, or him walking into the room.

Today, President @realDonaldTrump welcomed five of our newest AMERICAN CITIZENS as they took the Oath of Allegiance… https://t.co/S2WjyrueZh
— The White House (@The White House)1598407917.0