‘Look me in the eye’: Democrat destroys DeJoy – ‘you didn’t do any analysis’ to see how seniors would be impacted 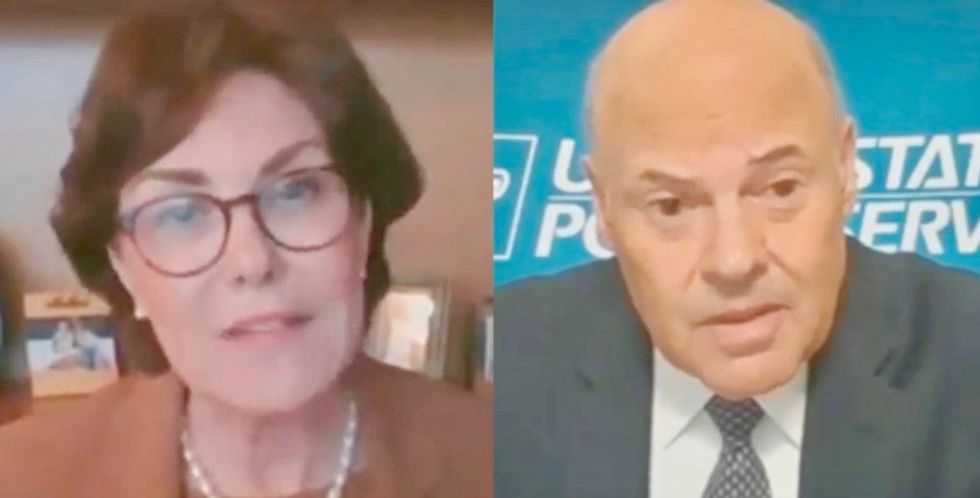 U.S. Senator Jacky Rosen (D-NV) stood up for America's seniors, veterans, and working families Friday during her questioning of the Postmaster General. Some say Louis DeJoy is working to delay the mail in an effort to help President Donald Trump win re-election, and in a longer-term strategy, to destabilize the U.S. Postal Service in an effort to privatize it.

Senator Rosen blasted DeJoy for not doing any studies before implementing strategies he has questionably claimed are designed to save taxpayers money. Among those actions, canceling overtime, removing hundreds of mailboxes and high-volume mail sorting machines.

"Did you conduct any specific analysis on how your changes would impact seniors?" Senator Rosen asked DeJoy, pausing for an answer that did not come.

"Yes or no, sir?" Rosen interjected.

"The policy changes that I embarked upon were not the ones that you identified in your –" DeJoy began to say.

"The only change that I made was that the trucks leave on time. Theoretically everyone should have got their mail faster," DeJoy claimed, a statement that can be called into question given the reports of massive backups of mail in postal facilities.

‘Had No Idea’: DeJoy Astonishingly Tells Senate He ‘Was Unaware’ Mailboxes and Sorting Machines Were Being Removed

"Yes, I can commit to that," DeJoy responded.

"And so did you do any analysis about the fees if mail is late, the late fees that people would get when they pay their rent or their car payment or their utility bill if the mail is slowed down, and the impact that the charges and those fees would have on working families?" she asked. "Is there any analysis about the impact of late delivery by you, on that, sir, yes or no, please."

"The analysis that we did was that if we move the mail on schedule that all late deliveries would have been improved," DeJoy claimed.

"That isn't the case so we need to continue this," Rosen added.