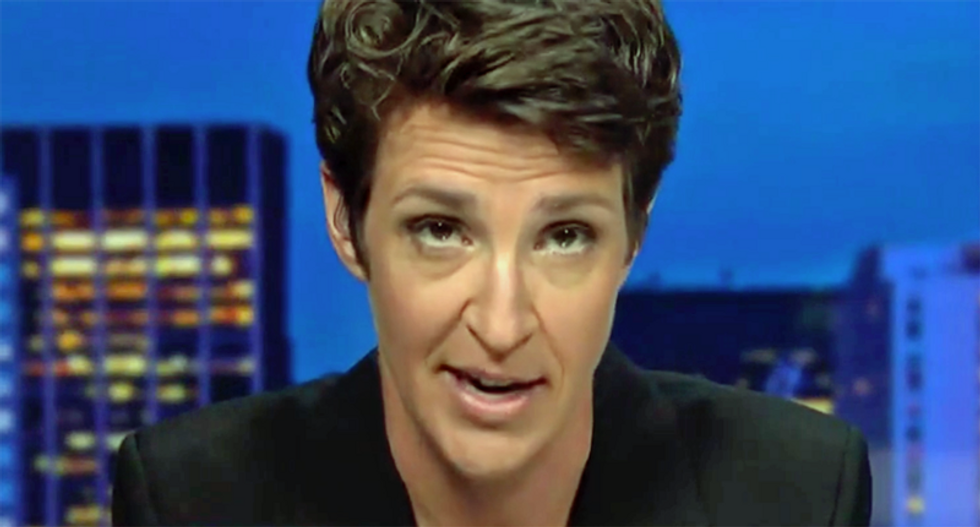 Maddow noted, "in 91 days we all get to decide if the guy who's currently in charge of how we're responding to this epidemic should stay in the job for four more years or if Democratic candidate Joe Biden would do better at this."

"It's honestly hard to know what it will be like for a president to stand for re-election with 200,000 dead Americans as a key metric from his first term, while he asks for a second term, but we're going to talk tonight about how some of that is going to work and some of what we can see coming down the pike," she explained. "And a lot of it is very worrying, in terms of the institutions of our democracy and what we count on to keep us a constitutional republic."

"We're going to be talking tonight, for example, about what appears to be one sort of shocking sign that the White House doesn't expect President Trump to be here for a second term," she noted.

"Back in April, the administration went to Congress and told them that because of COVID they were going to need some more time to get the census done," Maddow reminded. "Instead of basically finishing up the census and turning in the results of it by the end of this year, they wanted a few months' extension, an extension into next spring, to be able to get the thing done and compiled."

"The administration has suddenly just announced that they're not only going to take that extra time they asked for, they're actually going to wrap up the whole census thing early. They're going to stop the count a month early," she reported.

"But in terms of this decision being made late by the Trump administration, I think they've also realized that by wrapping this thing up early, right, rather than taking the extension that they were going to, by wrapping this thing up early, that also means they're going to be handing over the census data to the president who is in office this term. Not the one who will be in office next spring," she explained.

"So, I mean, what this looks like is that the White House thinks President Trump is going to lose or at least they're hedging their bets," she noted. "And that means cutting the census short from even what they said they needed, thus making sure that it's Trump who will get the census data before Biden is sworn in in January, so it will be Trump who can proclaim, 'census looks good to me' and he can proclaim who has been counted where and which states get additional congressional seats and which states lose them based on who was counted and who was left out."