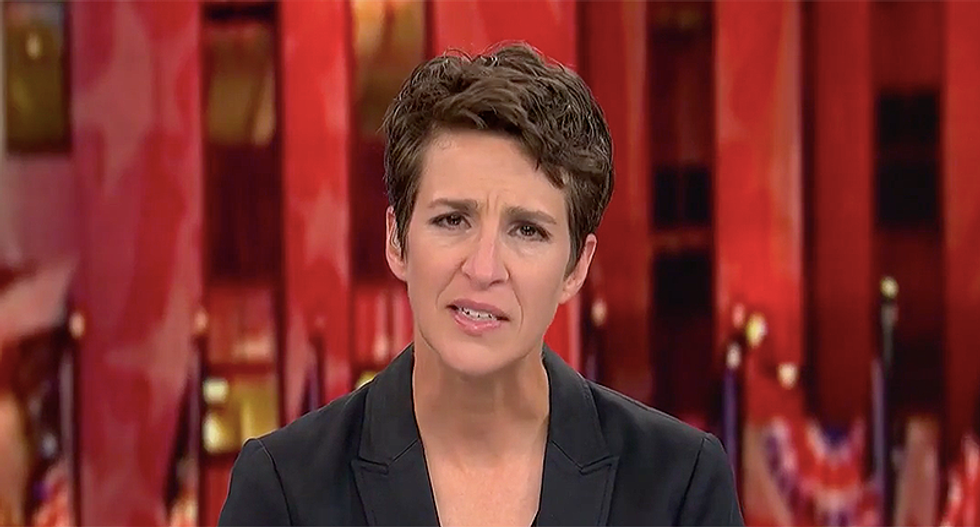 Vice President Mike Pence welcomed a group of elderly veterans along with other elderly Americans to Baltimore to be in the audience as he addressed the Republican Convention's third night.

While the crowd gathered without social distancing, many weren't wearing a mask, including the older people themselves.

"Our reporting suggests there was not universal testing of everybody invited to this event," said MSNBC's Rachel Maddow. "And to have so many elderly veterans or otherwise elderly people in this audience not sitting socially distanced, the vast majority of them not wearing any masks for this to go on for a very long time, including a lot of chanting and shouting, I just -- I feel concerned for what is happening here especially after what happened at the Tulsa rally and other Trump events when they have gone out of their way to try to portray, show a visual image of a world and a country that's gotten past the COVID threat when we really haven't."

She said that she understood why they would do that for TV, but that it's a dangerous situation.

"I feel like we're watching chronicles of a death foretold here," Maddow closed.

MSNBC's Joy Reid noted that it seemed like Pence was speaking about the COVID-19 pandemic in the past-tense as if it was over.

Read also blasted Pence for forcing Ft. McHenry to reopen so he could speak there. Currently, it is not open to the public due to the pandemic.

Former Republican Nicolle Wallace called out the many lies that Pence and others told, mainly hitting him, claiming that the Democrats didn't present any policies.

"This is a party that doesn't have a platform!" she exclaimed.