Mark Esper Out? Trump has had more defense secretaries than any other president – he’s about to need another one 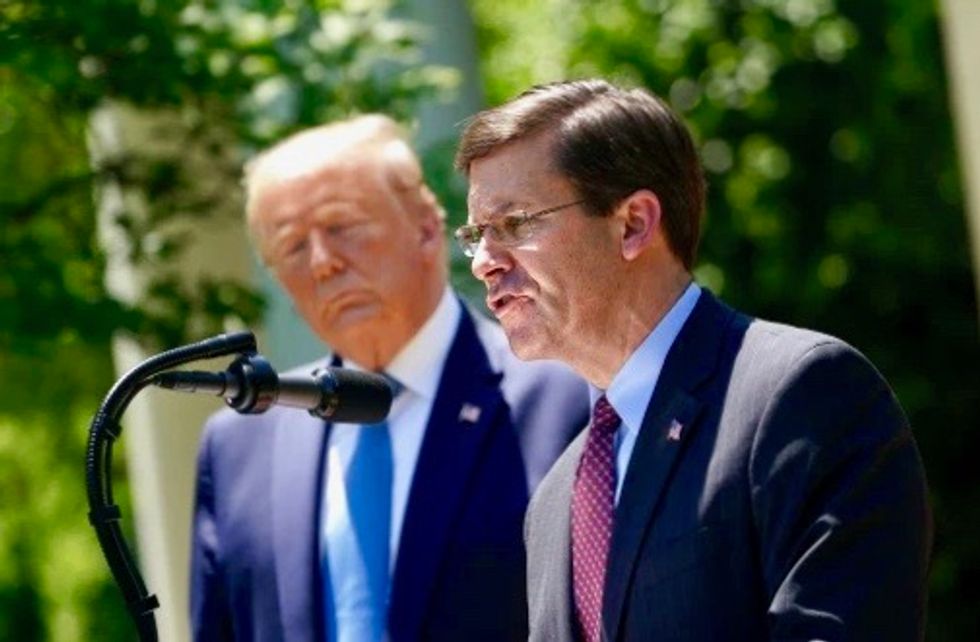 Turnover in the Trump administration is legendary, far more than under any U.S. president in history. President Donald Trump has already installed five Secretaries of Defense, including three in an "acting" capacity. In the history of the Dept. of Defense, no president has had as many Defense Secretaries, even those Commanders-in-Chief who served two terms.

On Wednesday Bloomberg News reported Trump has been talking about replacing Secretary of Defense Mark Esper.

Astonishingly, the White House responded to the report, and did not deny it.

"President Trump has assembled an incredible team at the White House and across the federal government who have accomplished undeniable successes on behalf of the American people," the White House said in a statement to CBS News, all of which is a lie.

"We have no personnel announcements at this time nor would it be appropriate to speculate about changes after the election or in a 2nd term."

Bloomberg News adds: "One person said Esper has told people close to him that he intends to leave regardless of the election’s outcome, meaning he could exit the administration about two months before Trump does, if the president loses."

"Trump has been frustrated that Esper, who became secretary in July 2019, hasn’t done more to publicly defend him on key issues, including reports that Russia paid Taliban fighters 'bounties' for the killing of U.S. troops in Afghanistan."

Sec. Esper tweeted this after Bloomberg's report was published. A warning?

Regardless, Esper's role as Defense Secretary is apparently soon coming to an end.