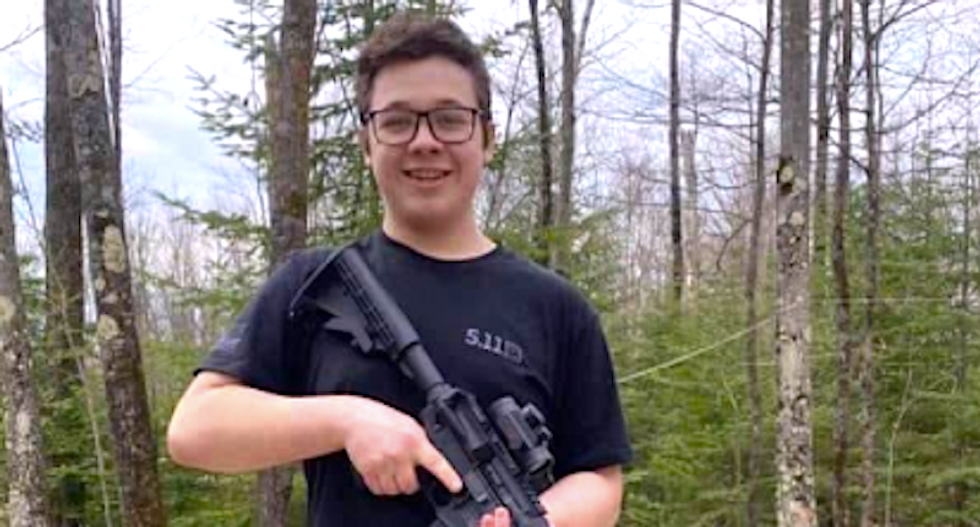 An official in Republican Maryland Gov. Larry Hogan's administration has been fired after he posted praise on social media for Kenosha shooter and alleged murderer Kyle Rittenhouse.

The Baltimore Sun reports that Arthur “Mac” Love IV, who served as deputy director of the Governor’s Office of Community Initiatives since 2015, was dismissed after posted memes in support of Rittenhouse, who was charged last week with first degree murder after fatally shooting two people.

"In one post, Love reposted pictures that appear to show Rittenhouse cleaning graffiti," the Baltimore Sun reports. "The original poster wrote: 'I’m grateful that conservatives are rallying behind this kid. He genuinely seems like a good person.' It goes on to denigrate the two men Rittenhouse is charged with killing."

Steve McAdams, executive director of the Governor’s Office on Community Initiatives, tells the Sun that his office has no tolerance for praising vigilantes who have been indicted for murder.

"These divisive images and statements are inconsistent with the mission and core values of the Office of Community Initiatives," he said. "Earlier today, I relieved this employee of his duties."