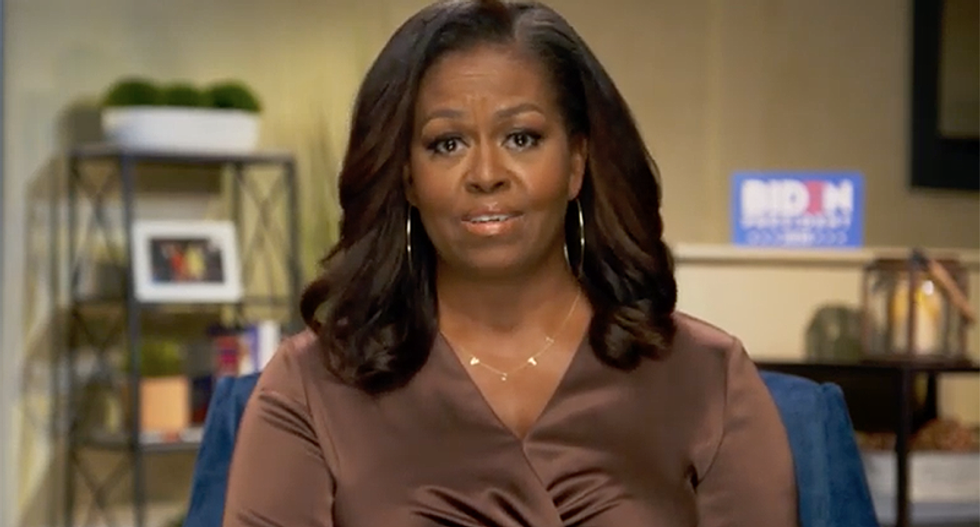 Former first lady Michelle Obama's speech to the Democratic Convention Monday evening is expected to be a barn-burner. The beloved spouse of former President Barack Obama is still one of the most influential members of the former administration.

According to the Associated Press, the speech will likely take down President Donald Trump in the clever manner in which only she can accomplish.

“This election is very personal for her,” longtime Obama adviser Valerie Jarrett told AP. “She’s going to take this opportunity to speak about Vice President Biden in two ways: competency, which she had a chance to observe first-hand while he served as her husband’s vice president, but also his profoundly decent character.”

Obama's speech is expected to highlight former Vice President Joe Biden's empathy, something that clearly contrasts with Trump's. She'll also focus on the importance of voting, despite the coronavirus pandemic.

“She knows the lengths that people are going through, around our country, to suppress the vote and it’s why she has poured so much of her energy into getting folks registered and educated about voting,” Jarrett said.

“There will be no doubt in your mind who she thinks makes the far better president of the United States.,” she added.

“I think her hope is they will trust her, and that this isn’t about politics,” Jarrett said. “This is about the future of our country.”

"I know Joe," Obama says as part of her speech. "He knows what it takes to rescue an economy, beat back a pandemic and lead our country. And he listens. He will tell the truth."

Read the full report at the AP.