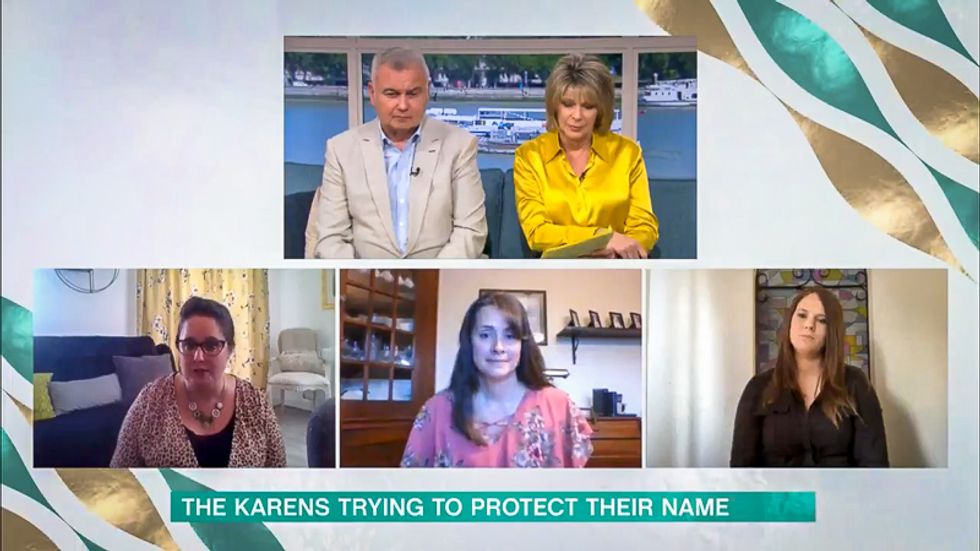 Panel of 'Karens' complain about using name as slur (ITV)

A British TV news program gave airtime to a panel of white women named Karen who say they have been unfairly maligned.

In a segment on Monday, ITV's Morning Show talked to three women about "memes" that use their name as a slur.

"I just noticed a few memes and TikToks going on and it started of being quite funny," Karen Masters told the program. "And when the Black Lives Matter protests started, there was a lot of media putting Karen as racist. It sort of took on a life of its own."

"And I feel that we can't, as Karens, now talk about how it's affecting us because we are told that we're entitled if we do this," she continued. "So I set up a Change.org [petition] to show that this is not fair for us to have to put up with this."