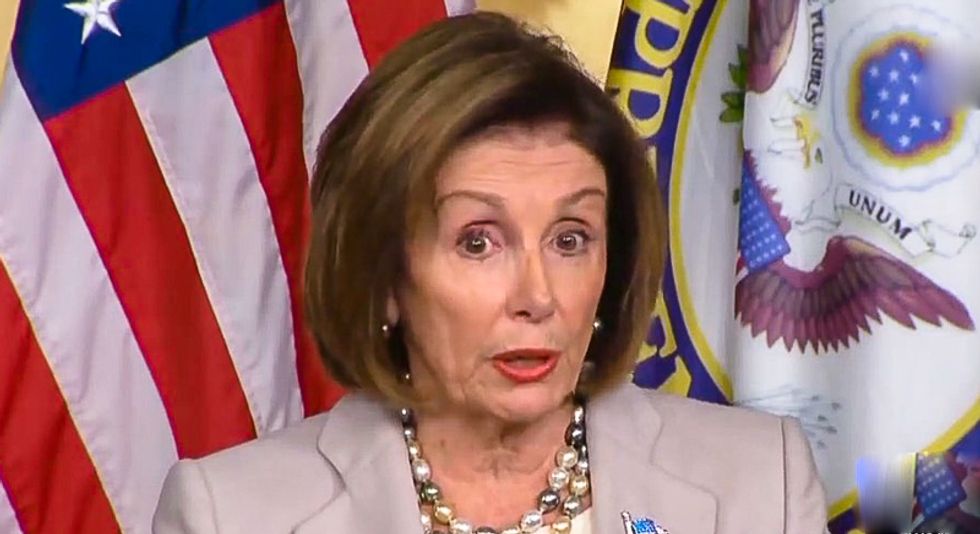 Americans are growing increasingly frustrated with Postmaster General Louis DeJoy and the Trump administration's efforts to sabotage the U.S. Postal Service in an effort to prevent valid ballots from being counted in the 2020 presidential campaign.

Protesters gathered outside the postmaster general’s home this morning as the USPS warned about mail-in ballot dela… https://t.co/LKDCfGrnCo
— CNN (@CNN) 1597507195.0

While protesters were up early on a Saturday morning to take what action they could, Congress is on vacation during the USPS crisis.

"She can order all Reps back to Washington today. She can order emergency hearings on USPS Monday. She can subpoena anyone who refuses to show and has the power to have them arrested," Winslow correctly noted.

"Why is she doing none of this?" he asked, in all capital letters.

"Wasn't one of the major points of winning back the House in 2018 that Democrats would have the power to do the right thing when it needed to be done? he asked.

"The only way real change is going to happen is if the criticism gets so loud and is so persistent that Speaker Pelosi has to act," Winslow argued. "But too many Democrats come from a ridiculous place of refusing to criticize crazy sh*t that happens in the Democratic Party."

"Trump is laughing at us," he concluded.

Dear @SpeakerPelosi Tens of millions of people worked so hard in 2018 to elect Democratic candidates to the house… https://t.co/YJ8FoXOsPY
— Don Winslow (@Don Winslow) 1597526121.0

ALL we have gotten from @SpeakerPelosi and @SenSchumer to save the @USPS is a JOINT STATEMENT on Fri. How does a j… https://t.co/DtoMhDHCZd
— Don Winslow (@Don Winslow) 1597526347.0

The only way real change is going to happen is if the criticism gets so loud & is so persistent that @SpeakerPelosi… https://t.co/RaLvJup5m6
— Don Winslow (@Don Winslow) 1597526507.0

The tweet below should have millions of likes. Fact that it has only thousands is WHY Trump keeps breaking the law… https://t.co/dMDtdCnTTy
— Don Winslow (@Don Winslow) 1597526780.0