Nancy Pelosi owns Chris Wallace: 'Clearly you don't have an understanding of what is happening here' 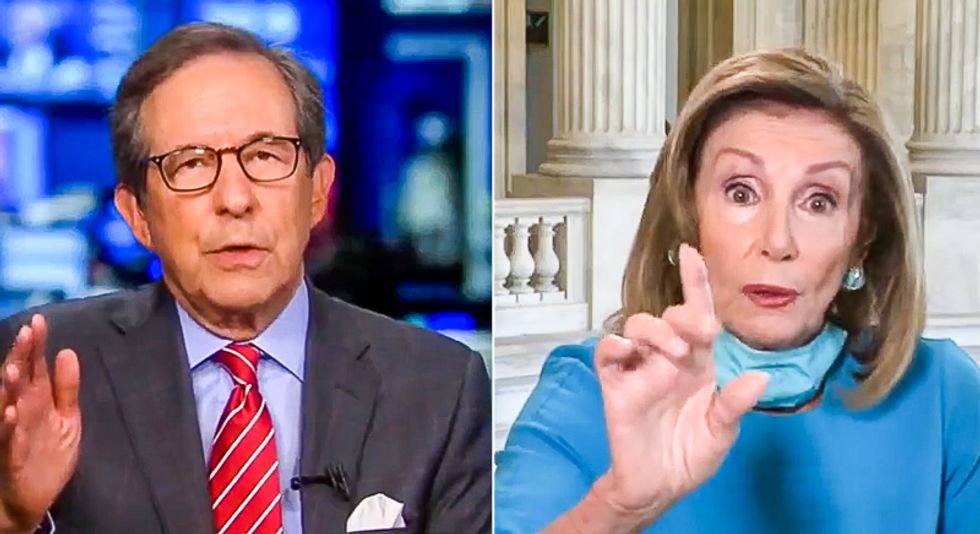 In an interview on Fox News Sunday, Wallace suggested that there is an upside to executive actions taken by President Donald Trump in lieu of a financial relief bill because some people will get protections from evictions "rather than getting nothing at all."

For her part, Pelosi quoted a Republican senator who said that the president's executive action is "constitutional slop."

"While he says he's going to have a moratorium on evictions, he's going to ask the folks in charge to study if that's feasible," Pelosi explained before noting that the president's payroll tax holiday serves to "undermine Social Security and Medicare."

"These are illusions," she said.

"But, Speaker," Wallace pressed, "I understand the president's executive action doesn't do all the things you want. But having no bill at all, not coming to any agreement wasn't going to provide any of the things that you want either."

"Should you have cut a deal?" Wallace wondered. "And are you ready to go back into talks to try to come up with a fuller package."

"Clearly, you don't have an understanding of what is happening here," Pelosi shot back, "both in the weakness of the president's executive orders, which don't give the money -- the enhanced benefits, but puts a complicated formula there which will take a while -- if all -- to accomplish, to put money in the pockets of the American people."

"I allowed you to finish," the Speaker said. "You allow me to finish."