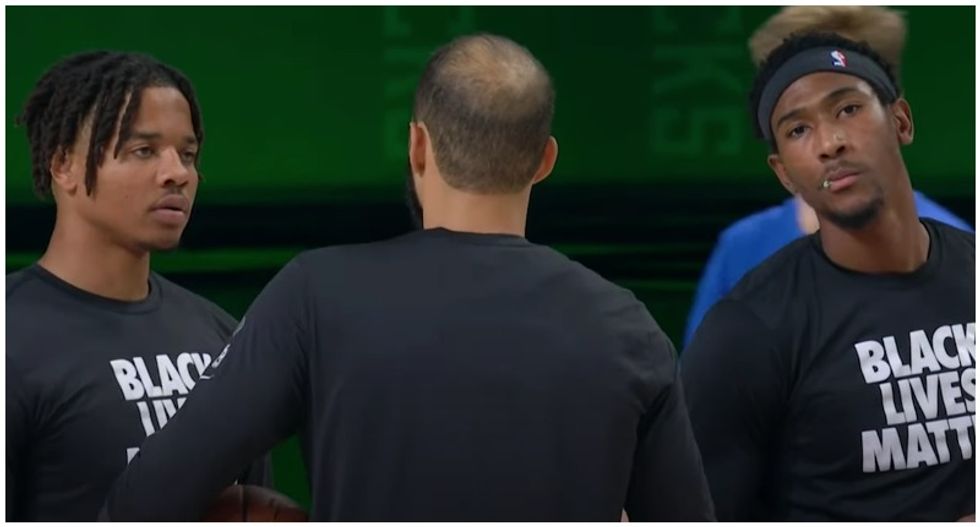 The Milwaukee Bucks have boycotted their upcoming game against the Orlando Magic this Wednesday in response to the police shooting of a Black man in Kenosha, Wisconsin, HuffPost reports.

The Magic’s players reportedly wanted to go forward with the game, but then returned to the locker room after learning of the boycott.

Jacob Blake, a Black man, was shot seven times in the back by police in front of his children. The incident has sparked a wave of protests that have since turned violent.

UPDATE: The NBA then announced that it would cancel all games for Wednesday as more players and teams lined up to protest.