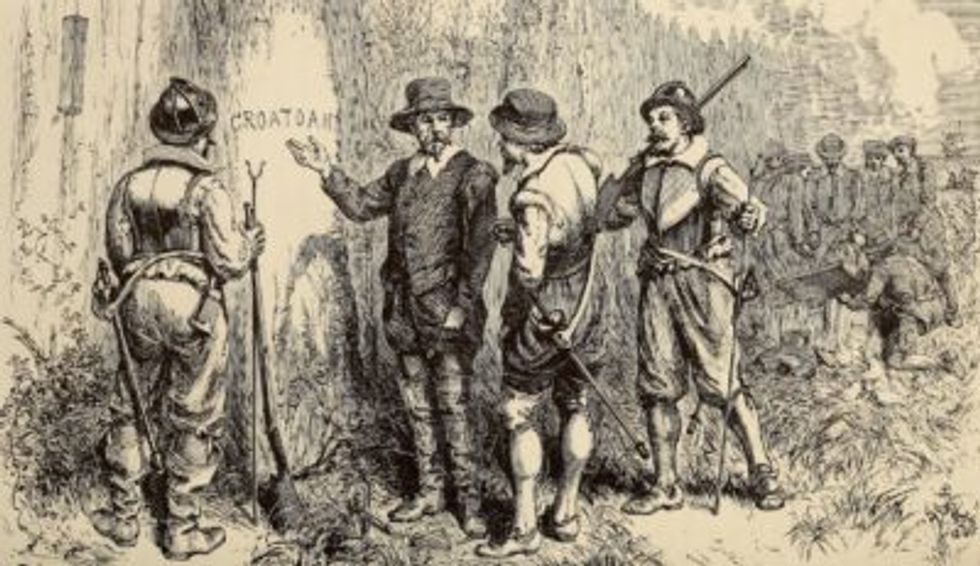 British explorers who traveled to what is now North Carolina’s Hatteras Island during the 16th century have been described as “the Lost Colony.” But according to historian Scott Dawson — author of the book, “The Lost Colony and Hatteras Island,” published in June — those explorers were not really a “Lost Colony” and decided to stay.

The Virginian-Pilot quotes Dawson as saying that those explorers “were never lost. It was made up. The mystery is over.”

Virginian-Pilot reporter Jeff Hampton explains, “A team of archaeologists, historians, botanists, geologists and others have conducted digs on small plots in Buxton and Frisco (in North Carolina) for 11 years. Dawson and his wife, Maggie, formed the Croatoan Archaeological Society when the digs began. Mark Horton, a professor and archaeologist from England’s University of Bristol, leads the project.”

Hampton notes that in that area of North Carolina, researchers “have found thousands of artifacts 4-6 feet below the surface that show a mix of English and Indian life. Parts of swords and guns are in the same layer of soil as Indian pottery and arrowheads.”

According to Hampton: “The evidence shows the colony left Roanoke Island with the friendly Croatoans to settle on Hatteras Island. They thrived, ate well, had mixed families and endured for generations. More than a century later, explorer John Lawson found natives with blue eyes who recounted they had ancestors who could ‘speak out of a book,’ Lawson wrote.”