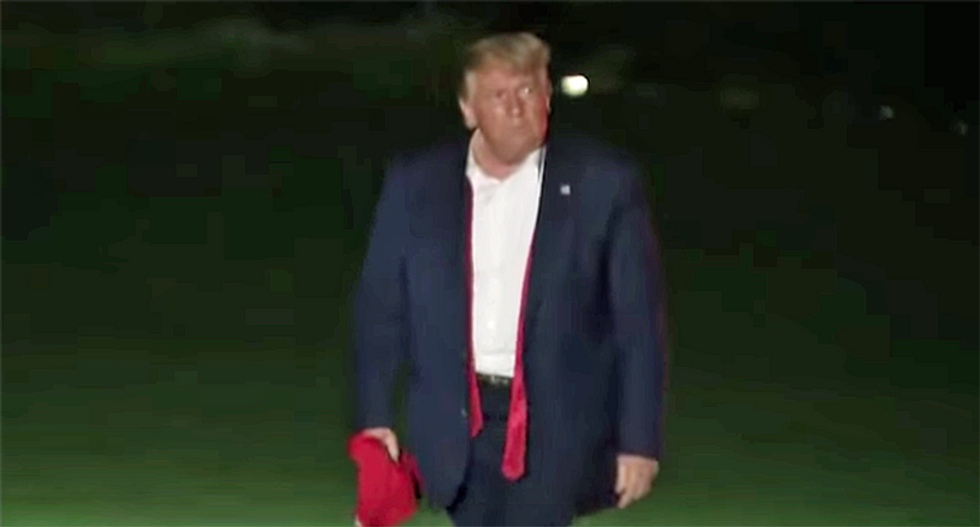 Whatever the outcome in November — whether voters elect former Vice President Joe Biden and vote President Donald Trump out of office or give him four more years in the White House — a long list of pundits, journalists and political insiders will no doubt continue to dissect and analyze Trump’s presidency for years to come. Much of the analysis of Trump will take place from a policy standpoint, but the documentary “#Unfit: The Psychology of Donald Trump” mostly analyzes him from a mental health standpoint. And long-time Chicago Sun-Times film critic Richard Roeper, in an article published this week, explains why he is recommending “#Unfit.”

Roeper, despite his high opinion of the film, acknowledges that “#Unfit” is unlikely to turn Trump’s hardcore MAGA base against him.

“Some might even sit through all the arguments and watch the presentations making the case Trump is unfit and react by saying, ‘And that’s exactly why you’re all so scared of him and he’s the greatest president of all time!” Roeper writes. “Nevertheless, we are recommending ‘#Unfit’ not for any political reason — in fact, the film is not about Trump’s policies, but about his personality — but because it offers some valuable insights into Trump’s behavior.”

Roeper explains that on the whole, “#Unfit” is “about providing examples — and admittedly, very little of this is new — of Trump’s word and deeds through the decades reinforcing his belief in unfounded conspiracy theories; his utter lack of personal loyalty…. his inability to experience normal human empathy or even a hint of remorse; his sadistic and vindictive joy in getting even or seeing others fail, and his all-consuming narcissism as he processes virtually every experience through a me-first filter.”

“#Unfit” includes commentary from some mental health professionals, including psychiatrist Justin Frank and psychologist Suzanne Lachmann. But some political figures weigh in on Trump’s mental state as well in the documentary, including conservative attorney George Conway — one of Trump’s most vehement critics on the right. Although Conway has been very active in right-wing politics, he believes that Trump has been terrible for the conservative movement and is hoping that Biden will defeat him in this year’s presidential election. Conway, in fact, believes that a Biden landslide would be the best thing that could happen to conservatism in the United States.