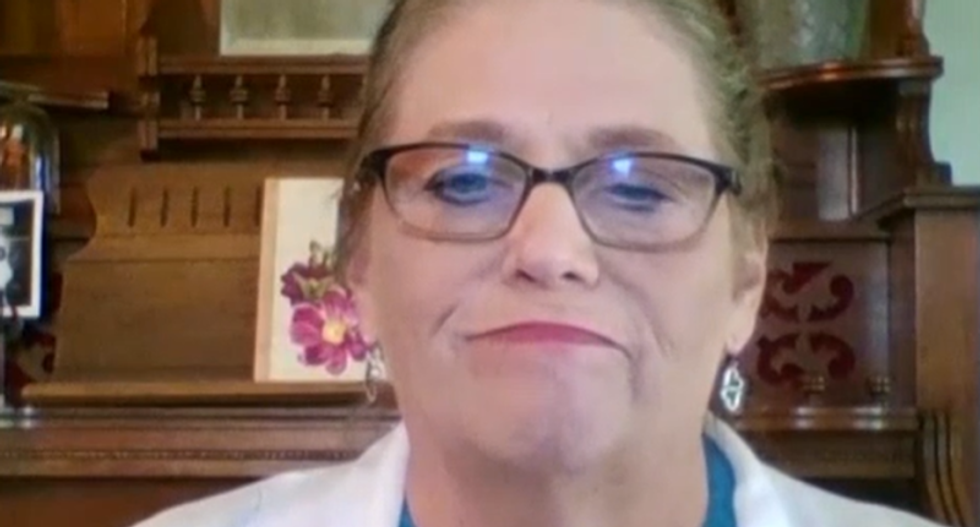 On Monday, CNN spoke with Nancy Shively, an Oklahoma special education teacher who wrote for USA TODAY that she regrets her 2016 vote for President Donald Trump.

"You spoke strongly and with feeling in this editorial," said anchor Jim Sciutto. "You said you fear now with the pandemic, you may have 'signed your own death warrant.' That's a remarkable thought to express."

"Well, just watching the failure of leadership in our country, beginning with the president, over the course of this pandemic, it's not just my death warrant I might have signed, but there's 150,000 Americans who are dead because of this," said Shively. "I have to take responsibility for my personal vote that enabled that."

"I wonder, when you speak to other teachers, you're not the only teacher expressing concern about, in effect, being forced to go back to work in the middle of the pandemic," said Sciutto. "Are there others who share your view, who say, listen, we've got to think about this hard before we do this?"

"Absolutely," said Shively. "In fact, what prompted me to write the opinion piece was a comment by one of my colleagues. She's a younger woman. She has some chronic health issues that her doctors told her would lead to a very poor outcome should she get COVID. and her comment was, I'm just upping my life insurance and hoping for the best ... it's a cascading failure from the president down to Oklahoma's governor, down to school boards, until it gets to the two groups of people who can't pass the buck, and that's teachers and children."

"I work in a Title 1 school, so funding is tight to begin with," she added. "Oklahoma has historically underfunded education, so we're on shoestring budgets as it is. So to put that kind of pressure on teachers and schools is — this is where we are. These are our choices and there's not any good ones. So holding money over the head of people that are already underpaid in a system that's underfunded is wrong."