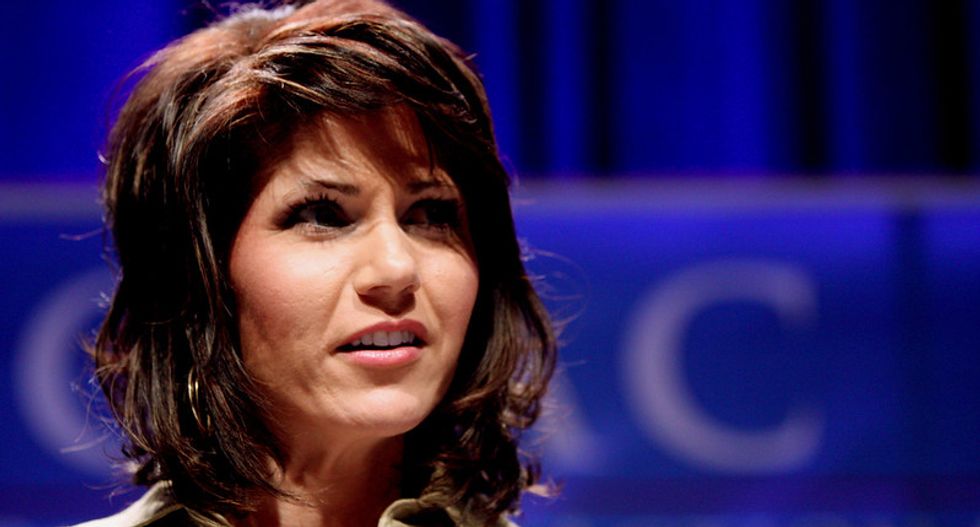 "Noem, one of Trump’s most vocal allies, said South Dakota did not need to accept the additional federal jobless aid because workers in the state are being rehired, and its economy is on the mend, even as the coronavirus pandemic continues to rage across the United States," reported Tony Romm. "'My administration is very grateful for the additional flexibility that this effort would have provided, but South Dakota is in the fortunate position of not needing to accept it,' Noem said in a statement, which noted the state never shut down in response to an outbreak."

"Labor economists and unemployment experts said the reality is far more complicated in South Dakota, where total confirmed coronavirus cases since February recently surpassed 10,000," said the report. "In citing progress, Noem this week pointed to the fact that the Mount Rushmore State boasts the country’s lowest insured jobless rate at roughly 3.5 percent. But the figure measures those who receive benefits compared with the total labor force. Meanwhile, South Dakota’s overall unemployment rate is roughly 7.2 percent, a gap in indicators that may reflect the reality that some people out of work are having a hard time obtaining sufficient safety-net support."

Trump's order, one of four executive actions taken in the wake of congressional gridlock on a new round of COVID-19 stimulus, allows states to continue taking federal money to boost unemployment benefits by $300 a week — half that of the original $600 — as long as they put up another $100 per week of their own, for a total of $400.

This condition could be difficult for some states to afford, as many have balanced budget requirements and face crashing revenues from the economic downturn.