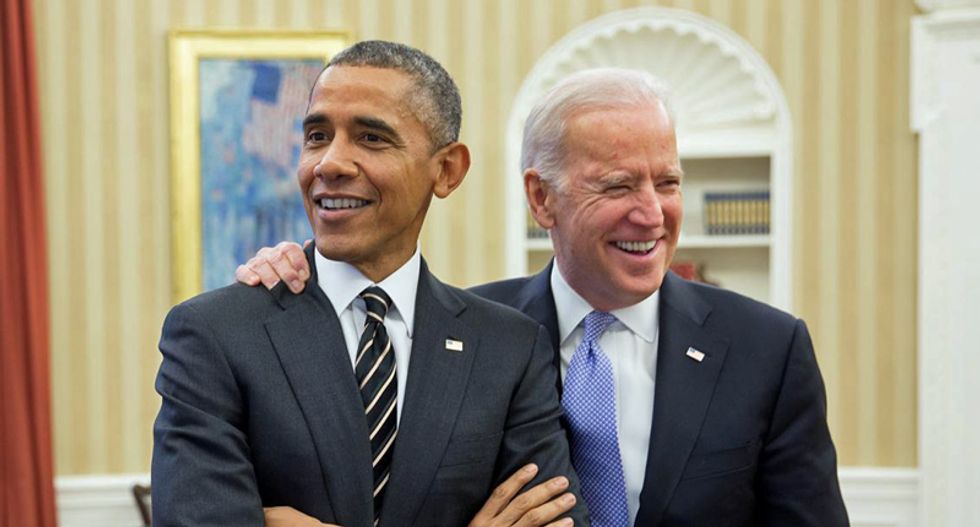 The DNC has released excerpts of his speech, which you can read below:

“I have sat in the Oval Office with both of the men who are running for president. I never expected that my successor would embrace my vision or continue my policies. I did hope, for the sake of our country, that Donald Trump might show some interest in taking the job seriously; that he might come to feel the weight of the office and discover some reverence for the democracy that had been placed in his care.

“But he never did. He’s shown no interest in putting in the work; no interest in finding common ground; no interest in using the awesome power of his office to help anyone but himself and his friends; no interest in treating the presidency as anything but one more reality show that he can use to get the attention he craves.

“Donald Trump hasn’t grown into the job because he can’t. And the consequences of that failure are severe. 170,000 Americans dead. Millions of jobs gone. Our worst impulses unleashed, our proud reputation around the world badly diminished, and our democratic institutions threatened like never before.

“I’m well aware that in times as polarized as these, most of you have already made up your mind. But maybe you’re still not sure which candidate you’ll vote for – or whether you’ll vote at all. Maybe you’re tired of the direction we’re headed, but you can’t yet see a better path, or you just don’t know enough about the person who wants to lead us there.

“So let me tell you about my friend Joe Biden.

“Twelve years ago, when I began my search for a vice president, I didn’t know I’d end up finding a brother. Joe and I came from different places and different generations. But what I quickly came to admire about him is his resilience, born of too much struggle; his empathy, born of too much grief. Joe’s a man who learned early on to treat every person he meets with respect and dignity, living by the words his parents taught him: ‘No one’s better than you, but you’re better than nobody.’”

“Over eight years, Joe was the last one in the room whenever I faced a big decision. He made me a better president. He’s got the character and the experience to make us a better country.”

“Tonight, I am asking you to believe in Joe and Kamala’s ability to lead this country out of dark times and build it back better. But here’s the thing: no single American can fix this country alone. Democracy was never meant to be transactional – you give me your vote; I make everything better. So I am also asking you to believe in your own ability – to embrace your own responsibility as citizens – to make sure that the basic tenets of our democracy endure. Because that’s what at stake right now. Our democracy.”