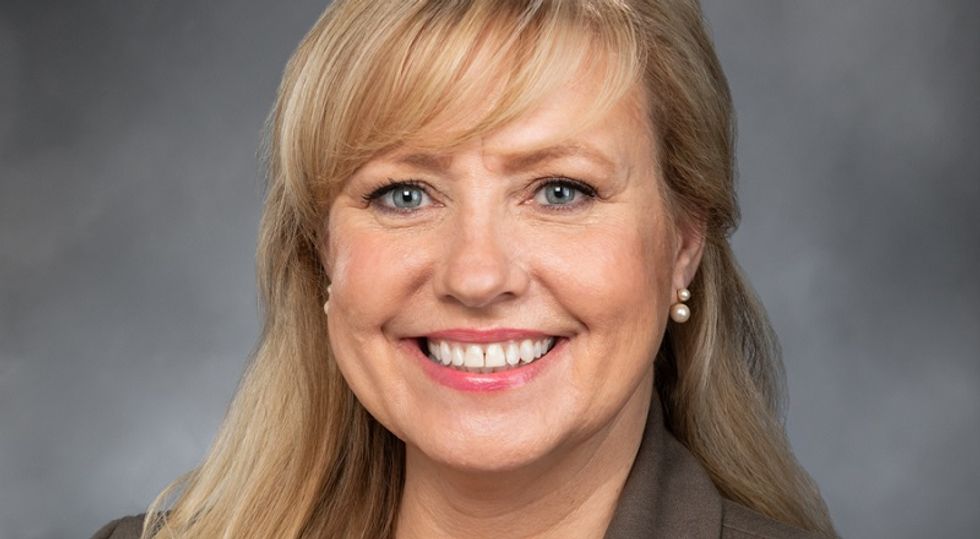 A Republican state lawmaker in the state of Washington says she has no regrets about promoting conspiracy theories involving reptile-human hybrids who harvest and sexually abuse children.

Inlander reports that Rep. Jenny Graham wrote months earlier on Facebook about a "growing business" that is catered toward people who have an "appetite to have sex with children as young as infants."

She then linked to a post written by a conspiracy theory blogger who claimed that "a significant portion" of missing children "end up in sex dungeons to be exploited and repeatedly raped by... demons."

In a separate post, the conspiracy theorist explains that the "demons" are actually "Reptilian-human hybrids put into positions of power by evil extra-dimensional beings," Inlander reports.

When asked by the publication about her promotion of this conspiracy theory, Graham distanced herself from the idea that there are intergalactic lizard people, but overall stood by the content of her post.

"The trafficking is real, and sadly enough, so is the occult situation," she said. "These are important issues that I like to get feedback on from people in my district."