Republicans alarmed as Trump faces a ‘blowout’ on the TV airwaves: report 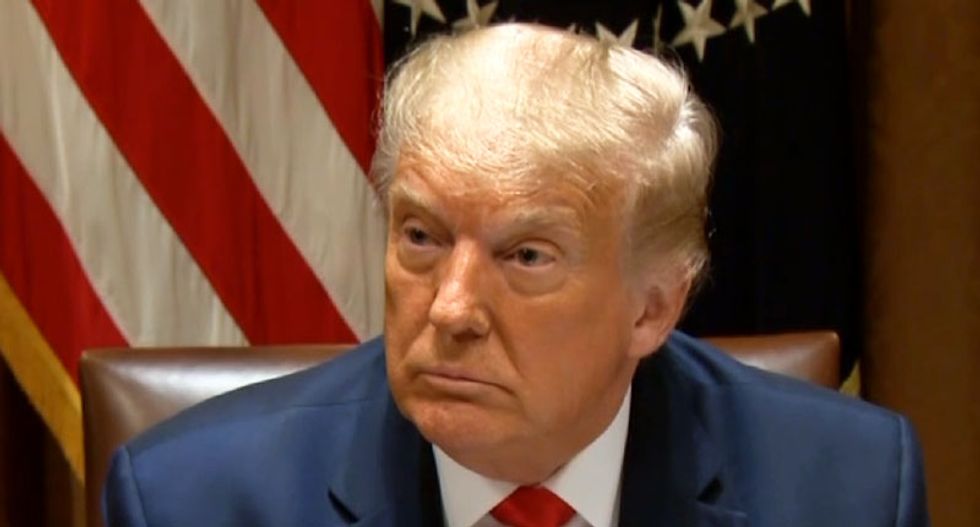 According to POLITICO's Alex Isenstat, President Trump is getting "pummeled" when it comes to his TV ratings, and Republicans are getting nervous.

"August has been a blowout," writes Isenstat. "Trump has been outspent on TV more than 2-to-1 over the past month, according to the media tracking firm Advertising Analytics. And in the past two weeks, Joe Biden is outpacing the president more than 5-to-1."

As Joe Biden "monopolizes" advertising in key battleground states, "Trump has ceded the airwaves in Michigan and Pennsylvania, where he’s gone dark in August. In Wisconsin, Trump has been outgunned more than 8-to-1," he continues.

For party that always touted itself as a financial powerhouse with a strong TV presence, it's a shocking turn of events, writes Isenstat. But he points out that not everyone thinks the slump in Trump's campaign will ultimately matter.