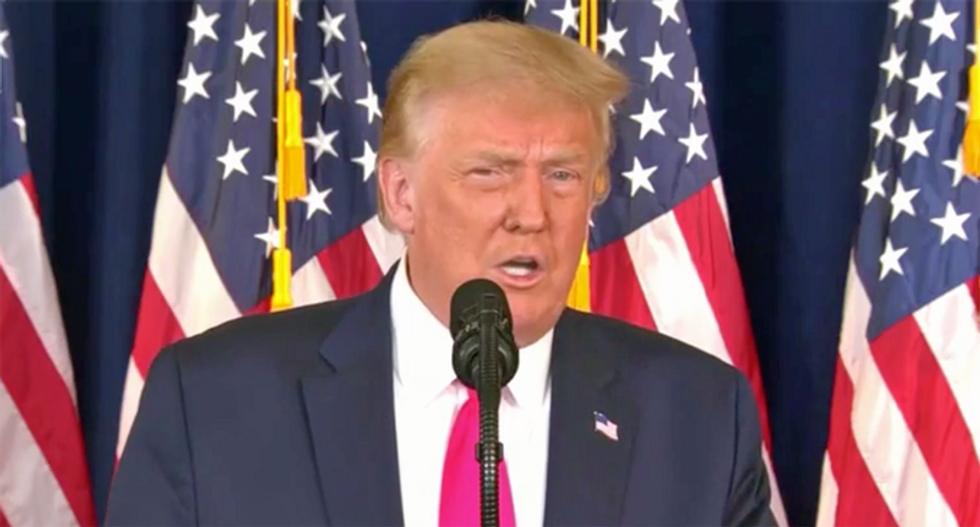 On Wednesday, Politico Magazine profiled Stuart Stevens, a Republican operative who has warned his party about the danger posed to their movement by President Donald Trump, and is now horrified about what has happened to the GOP.

"Stevens now believes the Republican Party is, not to put too fine a point on it, a malign force jeopardizing the survival of American democracy," wrote Michael Grunwald. "He’s written a searing apologia of a book called It Was All a Lie that compares his lifelong party to the Mafia, to Bernie Madoff’s fraud scheme, to the segregationist movement, even to the Nazis. He’s pretty disillusioned."

Stevens was a prolific strategist for the GOP, advising the presidential campaigns of George H.W. Bush, Bob Dole, and Mitt Romney, and a number of Republican senators and governors.

"All these Republicans who know Donald Trump is a disaster will try to justify it, because they got something they wanted," said Stevens in an interview with Grunwald. "Mitch McConnell thinks Trump will be remembered as his fool, and I think the odds are pretty good it’s going to be the other way around. Republicans always say that you can’t negotiate with terrorists; well, Donald Trump is a terrorist, and the Republican Party decided to negotiate with him. How has that worked out? He’s destroyed conservatism. He’s the most anti-conservative president of my lifetime."

Stevens told Grunwald that he tried to warn his party in 2016 what would happen — and it fell on deaf ears.

"I went around trying to get prominent Republicans in key states to run against Trump as a favorite son," said Stevens. "The idea was if you just take a few points away from Trump in Florida, Pennsylvania, Michigan, he couldn’t win. I can say I had 100 percent failure. Everyone I talked to, it was all confidential, but they all said that if we, the establishment, put our thumb on the scales, when he loses it won’t be because he was racist and had terrible ideas, it will be because of us. We’ll get blamed. It’s better if we just lose, face what we did, and rebuild. I was like: Yeah, I agree, but what if he wins? And I didn’t think he was going to win, either, so I probably wasn’t very good at arguing. But he did win, and the party just fell right in line."