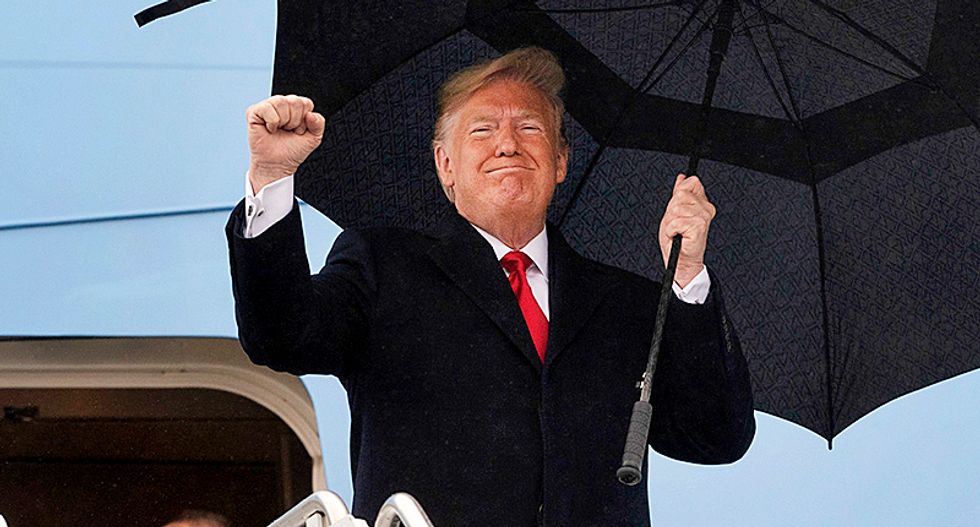 Fearful that voting by mail could be advantageous for former Vice President Joe Biden in the 2020 presidential election, President Donald Trump is doing everything he can to harm the United States Postal Service. Retired U.S. Navy Adm. William H. McRaven, in a biting op-ed published in the Washington Post on August 16, stresses that Trump’s attack on the USPS underscores his contempt for American institutions.

“As Trump seeks to undermine the U.S. Postal Service and stop mail-in voting, he is taking away our voice to decide who will lead America,” argues McRaven, who headed U.S. Special Operations Command from 2011-2014. “It is not hyperbole to say that the future of the country could depend on those remarkable men and women who brave the elements to bring us our mail and deliver our vote. Let us ensure they have every resource possible to provide the citizens of this country the information they need, the ballots that they request and the Postal Service they deserve.”

Trump, according to McRaven, has attacked one U.S. institution after another.

“Today, as we struggle with social upheaval, soaring debt, record unemployment, a runaway pandemic, and rising threats from China and Russia, President Trump is actively working to undermine every major institution in this country,” the retired U.S. Navy admiral warns. “He has planted the seeds of doubt in the minds of many Americans that our institutions aren’t functioning properly. And, if the president doesn’t trust the intelligence community, law enforcement, the press, the military, the Supreme Court, the medical professionals, election officials and the postal workers, then why should we?”

McRaven opens his op-ed by discussing “The Postman,” a 1997 sci-fi film that starred Kevin Costner and took place in a post-apocalypse United States — a film that, according to McRaven, doesn’t seem so far-fetched in the Trump era. In “The Postman,” McRaven notes, Costner “plays a drifter trying to restore order to the United States by providing one essential service: mail delivery.”

“In the story, hate crimes, racially motivated attacks and a plague have caused the breakdown of society as we know it,” McRaven explains. “In his quest to restore order and dignity to the nation, the postman tries to recruit other postal workers to help rebuild the U.S. government…. Not surprisingly, the movie was panned by critics and was a financial disaster. I mean really, racial strife and a plague so bad that it threatened our society? And even if that happened, who would try to destroy the Postal Service? Where do they come up with these crazy plots? In retrospect, maybe we should give the movie another look.”

On Friday the Justice Department released the search warrant and list of items seized at Mar-a-Lago after former President Donald Trump revealed that the FBI showed up to search for documents. Since then, many Republican officials and Trump allies have demanded to know the specifics about what crimes the Justice Department would warrant a search at the home of a former president.

While Donald Trump spins out ever more brazen lies and nonsense to sow confusion over the seizure of stolen classified documents at Mar-a-Lago, Republicans have seized on a particularly gross conspiracy theory to justify their ridiculous claim that all of this somehow impacts the personal freedoms of every day Trump voters: "87,000 new IRS agents."

A reference to new federal funding in the recently passed Inflation Reduction Act, this latest talking point appears to have been crafted originally as some anti-tax propaganda to get the base to defend the ability of the wealthy to cheat on their taxes. But it almost immediately morphed into something far more threatening. It is now an unhinged conspiracy theory that's spreading rapidly through social media, as armed right-wing nuts are riling each other up to commit more acts of political violence.