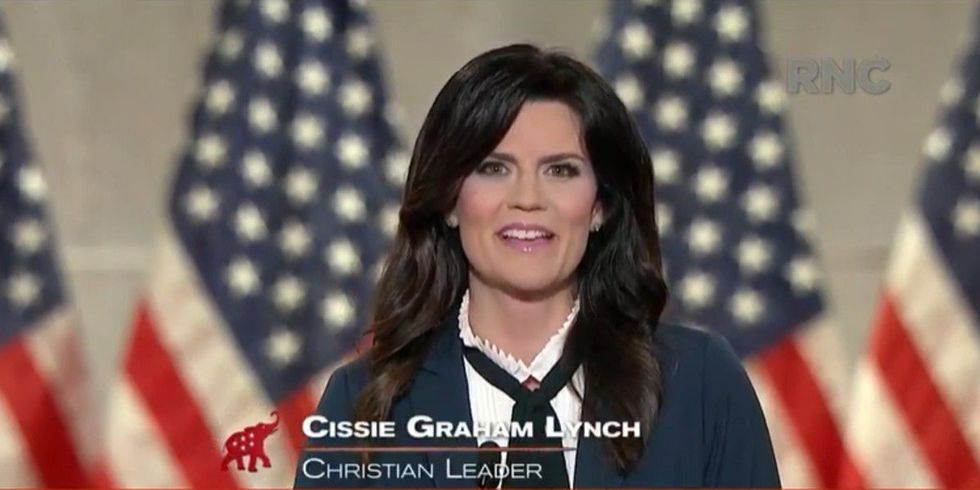 "Cissie" Graham Lynch is following in the footsteps of her father, far right-wing evangelical Franklin Graham, delivering an ugly and hate-filled attack on transgender girls on national television in prime time, when thousands of young, vulnerable LGBTQ children and teens may be watching.

Graham told millions of viewers that "during the Obama Biden administration ... Democrats pressured schools to allow boys to compete at girls' sports and use girls' locker rooms. Those are the facts," she claimed, falsely, since transgender girls are girls – and the courts agree. Graham went on to say that President Donald Trump "withdrew the policies that placed our little girls at risk."

What President Trump, then-Attorney General Jeff Sessions, and Education Secretary Betsy DeVos did was place transgender boys and girls at risk, by withdrawing guidance protecting them. President Trump would go on to systematically erase every protection for LGBTQ Americans President Barack Obama had put in place.

Just like her father, Cissie Graham falsely frames Democrats and LGBTQ people as faithless, which is not a "fact," it's a lie.

She told Republicans and Americans watching that under President Obama religious freedoms "were under attack."

"But then we the people elected Donald Trump, people of faith suddenly had a fierce advocate in the White House," she claimed, equating "people of faith" with "right wing Christians." Trump's Muslim ban negates her false claim.

Cissie Graham Lynch, granddaughter of Billy Graham: “Our Founders did not envision a quiet hidden faith. They fough… https://t.co/g2M6Vp2iCL
— This Week (@This Week) 1598404583.0