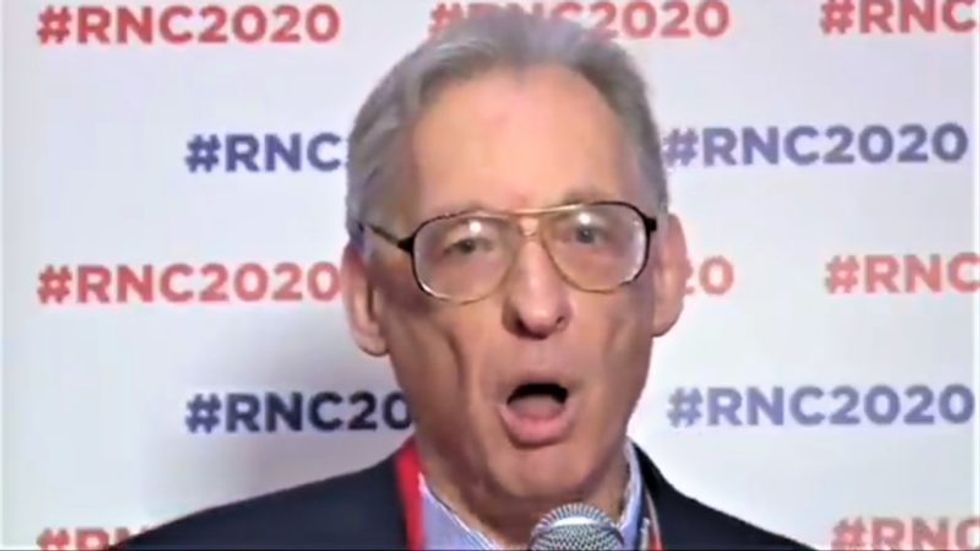 A Louisiana delegate at the Republican National Convention on Monday uncorked an unhinged rant against Democratic presidential nominee Joe Biden during the 2020 RNC roll call.

After being recognized, delegate Ross Little Jr. immediately went into an angry rant about Biden, whom he accused of trying to put his state's oil and gas industry "under the yoke of bondage."

And Little Jr.'s rhetoric only got more heated from there, as he accused Joe Biden of "threatening" the lives of residents in his state by "taking away guns and ammo."

He then turned the heat up a notch further when he attacked Biden's stance on reproductive rights.

"Louisiania is a pro-life state where we love both mother and child, but where Joe Biden is hiding in the dark waiting to take the lives of our unborn babies!" he shouted.

The Louisiana delegate also accused Biden of wanting to hurt his state with "the dreariness of socialism."