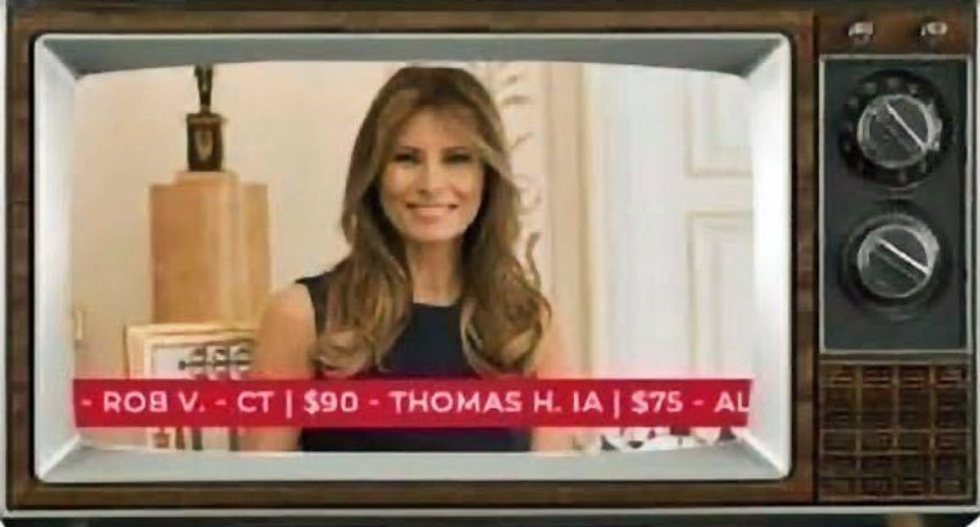 Republicans are displaying the names of donors on the chyron of their convention video feed during first lady Melania Trump's RNC Convention speech, which she will deliver from the White House.

Ads are being run, including on Raw Story, with the text "Get your name displayed live during the 2020 GOP Convention," the ads reads, with a picture of Melania Trump on an ancient television.

"Our wonderful First Lady, Melania Trump, wants to broadcast the names of the President’s TOP supporters online during her speech at the 2020 GOP Convention," the fundraising page reads.

"We are only offering this exclusive opportunity to our best supporters, like YOU, so don’t wait," the website continues. "Please contribute ANY AMOUNT IMMEDIATELY to have your name BROADCAST LIVE on the Official Campaign Website during the First Lady’s 2020 GOP Convention Address!"