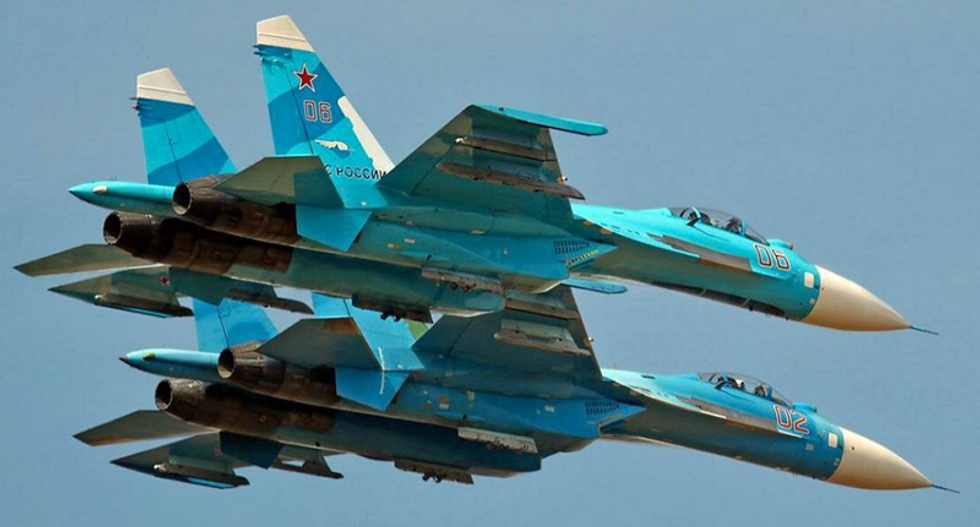 Su-27 fighter jets, photos via the Russian Embassy in the USA.

The Russian Embassy in America on Friday announced that the country had scrambled warplanes to intercept U.S. Air Force planes near the Black Sea.

"A Su-30SM fighter from the Southern Military District’s air defense quick reaction alert forces was scrambled to intercept the target," Russia’s National Defense Management Center said in a statement released via state media. "The crew of the Russian fighter approached the aerial target at a safe distance and identified it as a US Air Force strategic reconnaissance aircraft RC-135."