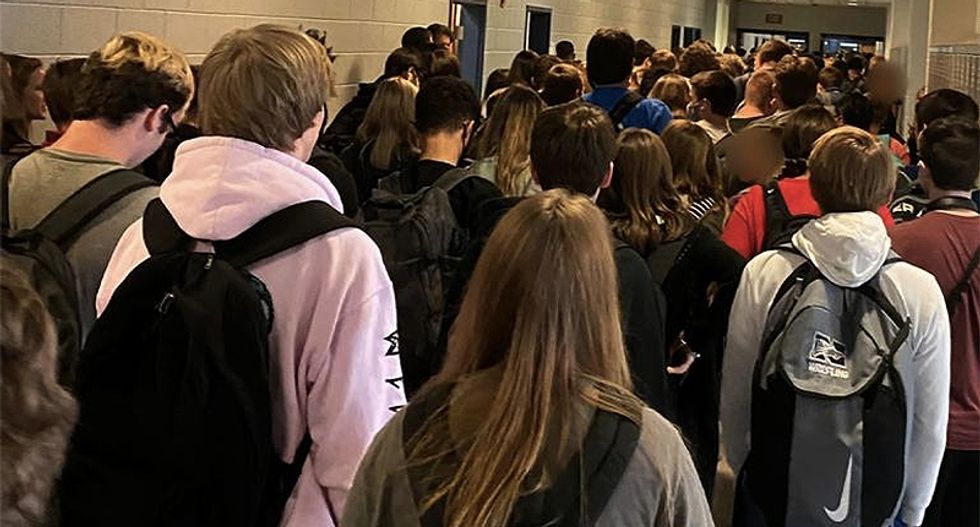 On Saturday, The New York Times reported that a number of school districts around the country are keeping information about COVID-19 under wraps from parents.

"As schools in parts of the country have reopened classrooms amid a still-raging pandemic, some districts have been open about coronavirus cases in their buildings. They send weekly — and in some cases, daily — reports to families and updating online dashboards with the latest positive test results and quarantine counts," reported Dan Levin. "But others districts have been silent, sometimes citing privacy concerns to withhold information, to the dismay of some anxious parents, concerned educators and public health experts trying to combat the pandemic."

One such school district, according to the report,  is in Camden County, Georgia: "Parents, students and teachers in the coastal community on the Florida border have heard by word of mouth of more positive cases linked to district schools. Some parents said they had been called by local officials and told that their children should quarantine. But even as fears of an outbreak have grown, the district has refused to publicly confirm a single case, either to the local community or The New York Times." One parent in the county, Kiisa Kennedy, complained, "They’ve been very hush-hush. We as parents cannot make informed decisions because they’re withholding the information."

Another district is in Orange County, Florida, where "the teachers’ union filed a lawsuit against the district in July after it refused to disclose the names of schools and workplaces where employees had tested positive for the virus, citing privacy laws."

For their part, officials claim that they are afraid of violating the Family Educational Rights and Privacy Act (FERPA) or the Health Insurance Portability and Accountability Act (HIPAA) in disclosing information about COVID-19 cases. While these laws prevent the release of specific individuals' health and education records, they don't prohibit schools from revealing general information like how many local cases have been reported.

President Donald Trump and a number of governors have made a big push to reopen schools for the fall semester, despite concern from experts who worry many districts don't have a plan in place to prevent the spread of the virus.