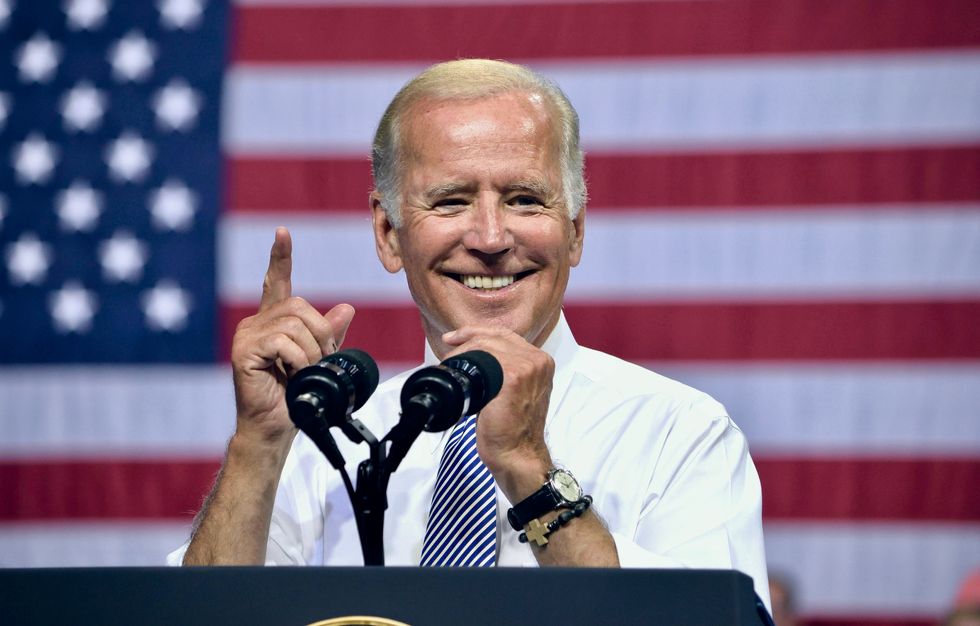 In a small sandwich shop in Scranton, Pennsylvania, customers crowd in with a life-size cardboard cut-out of Joe Biden, the Democratic presidential challenger who was born in the city and visited the shop as a child.

"He used to come up here when he was a little kid," says Tom Owens, the owner of Hank's Hoagies.

The place had a different name then -- it was reportedly called Simmy's, and it sold penny candy to a young Biden and his friends -- but decades later he has not forgotten his way there, as he proved with a visit in October last year.

"We love when he comes in. He's a great guy. When you meet him... it's kind of like you knew him all your life," says Owens.

Hank's Hoagies is a bit like the Joe Biden Museum.

Along with the cardboard effigy, a poster from his first presidential campaign -- in 1988 -- sits above the entrance to a spartan kitchen, while old photographs of him rest by the window.

The store is surfing on Biden's local popularity, in a city where residents plant his campaign signs proudly in their gardens.

And he, in turn, is banking on his hometown ties to help him add Pennsylvania to his tally on election night against Donald Trump.

Born in 1942 in Scranton, Biden left at age 10 for Delaware, nearly seven decades ago.

But on his visits back, he says, it "really is good to be home."

"It's presumptuous to me to say 'home', I know -- but you know Scranton, when you're a kid, no matter how long you lived here, climbs in your heart and occupies you," he said at the rally in the city in October last year.

His most recent pilgrimage to his childhood home, with its grey walls and black shutters, was crammed in during a campaign-trail visit last month. The 77-year-old, black mask on his face, came to greet the house's current owner.

In front of Biden's old grade school, a photographer and two older men with grey hair and checkered shirts are chatting.

Childhood friends of the former vice-president, they want to have their picture taken in their old classroom.

"Biden, I sat right next to him" in the first grade, says the more talkative of the two, Tom Bell, who adds that his quieter sidekick, Larry Orr, "was Joe's best friend."

The two accomplices recall the good old days, when the gang kidded that Joe -- a "terrible baseball player" who had to be coached by Larry -- had never moved away.

"He never forgot his roots and where he came from," says Orr.

"He came back in the summers. He came back on the holidays, Easter and Christmas... It was like he was never gone," Bell adds.

Bell believes that Biden can out-campaign and beat Trump come November "because that's how hard he works. He's incessant."

But not everyone in Scranton -- or the rest of Pennsylvania -- is a Biden fan.

A key state in the race for the White House, Pennsylvania was won by Trump in 2016, the first time it had voted Republican since 1988.

On North Washington Avenue, near Biden's former home, a large Trump flag flies at the entrance to Tom Moran's house.

It is a stark reminder that, even in Scranton, Biden will have to fight hard.