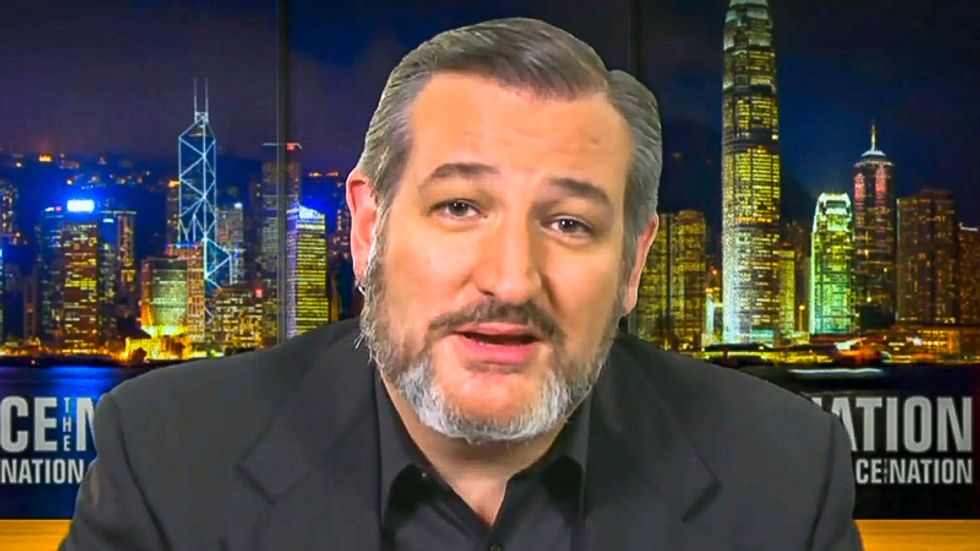 Sen. Ted Cruz (R-TX) got shamed by a colleague after taking to Twitter to mock the desperation of Americans suffering under the coronavirus pandemic that ushered in high unemployment, as well as a new recession.

Sen. Ed Markey (D-MA) tweeted that he supports a universal basic income for the remainder of the pandemic, with each family getting $2,000 a month. For his state, the sum could help keep people's heads above water. In Texas, $2,000 a month is a much larger sum.

Cruz responded mocking Markey and desperate Americans with a snide allegation that the American government can just shake the money tree. It's a big contrast from Cruz's pitch last year to usher in another hefty GOP tax cut for the rich.

Markey snapped at Cruz for refusing to take the moment seriously.

"It's not a goddamn joke Ted. Millions of families are facing hunger, the threat of eviction, and the loss of their health care during a pandemic that is worsening every day. Get real," he tweeted.