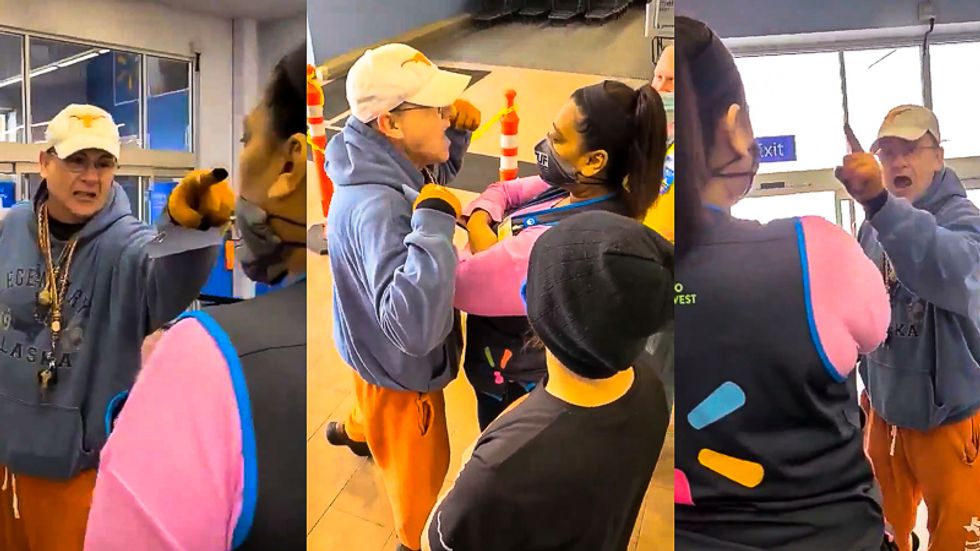 A man at an Alaska Walmart had a public meltdown because he did not want to wear a mask.

Video of the incident was posted on social media by the Twitter account "Fifty Shades of Whey."

"Get back from your highway to Hell!" the man shouts at a Black employee as the video begins.

"Have a good day," another man says to the angry customer, who appears to be leaving the building.

At that point, the man turns and accuses store employees of "blind ignorance."

"You don't have the ability to even come up with your own fucking ideas!" the man shouts. "Are you exercising your rights as a private company [to refuse service]?"

"Sir, you don't have to yell," another staffer advises.

"I am choosing to yell! And you cannot stop me!" the man screams before holding up a middle finger and accusing the employees of being "in service to Satan."

"I have a right to life, liberty and the pursuit of happiness," the man rants. "My happiness is best served by standing in your face and saying you're a fool and wrong and have no authority over me!"

After the man calls another employee a "bitch," the video ends.