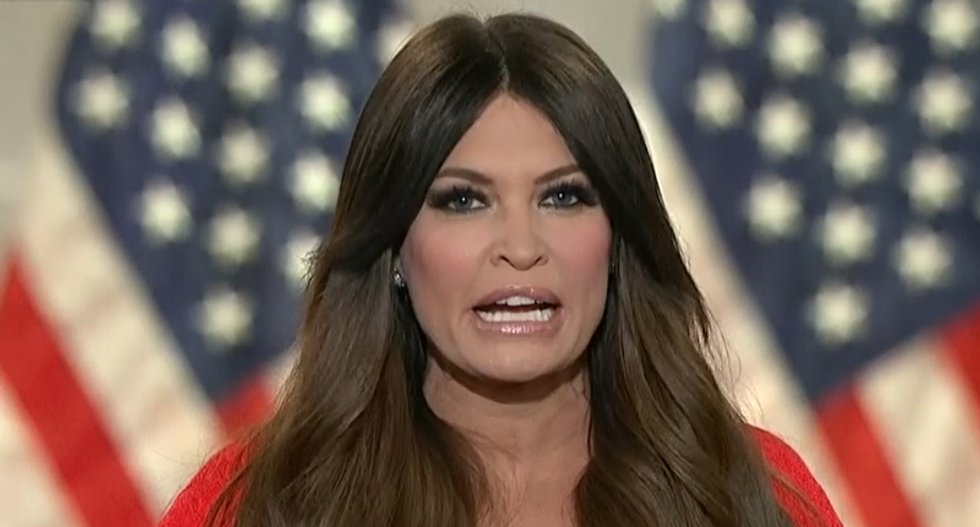 Kimberly Guilfoyle at the RNC (image via CNN).

On Tuesday, in the wake of Kimberly Guilfoyle's fiery speech at the Republican National Convention, commenters on social media mocked the event with the hashtag #GuilfoyleChallenge.

The scandal over the White House reportedly covering up Donald Trump's positive COVID-19 test prior to a 2020 debate with Joe Biden has ensnarled Melania Trump, according to one political columnist.

The revelations were reportedly made in a forthcoming book by former Trump White House chief of staff Mark Meadows.

Each week brings us further confirmation that Donald Trump and members of his regime staged a coup attempt. It appears abundantly clear that they will face few if any consequences. Attorney General Merrick Garland and the Department of Justice give no impression that they are prepared to prosecute Trump personally, or any of the other major organizers of the Jan. 6 insurrection — and what little they are doing is moving very slowly.

Without significant intervention, the world's so-called "leading democracy" will go quietly to sleep.