'Sounds like he's not getting the job done': Acosta hammers Trump aide for being a 'dealmaker' who can't make a deal 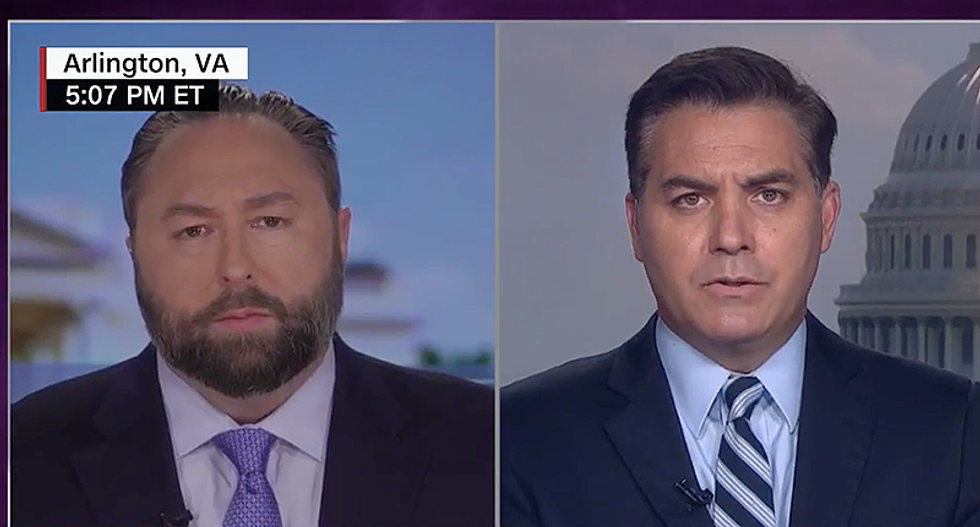 President Donald Trump's campaign aide Jason Miller told Congress that they need to get back to Washington to pass a stimulus package. The comment came as Trump was spending his weekend in Bedminster, New Jersey, golfing at his resort. Meanwhile, Trump's campaign seems to also be off message about the president's executive orders, revealing that apparently, they didn't work because a stimulus is still needed.

CNN's Jim Acosta probed Miller on how Trump could claim to be a "dealmaker" and so brilliant at making deals if he can't even manage to make a deal with Congress on the COVID-19 stimulus package.

Congress passed a bill in May for the next round of funding, but the GOP-led Senate and the White House only recently began to realize that another stimulus package was needed. Pelosi, who still hasn't adjourned the House for the August Recess, is still working on a deal. Senate Majority Leader Mitch McConnell (R-KY), who is in a tight reelection bid back home, already left town, despite his Republican colleagues begging him not to.

On Saturday, Trump announced that he was passing a series of executive orders that would essentially solve the debate between Congress and the White House.

There is "an additional or extra $400 a week and expanded benefits," Trump announced.

"In a few moments, I will sign a directive, instructing the Treasury Department to allow employers to defer payment of the employee portion of certain payroll taxes from September 1st," Trump also announced. "And we're actually going to be making that; we just got the word. We're just getting some word from a lot of people. We didn't think we'd have to do this because we thought the Democrats would be reasonable, but they've been not only unreasonable, they've been ridiculous."

Miller didn't clarify why action by Congress was still needed if Trump's executive orders took care of the situation as the president claimed Saturday.