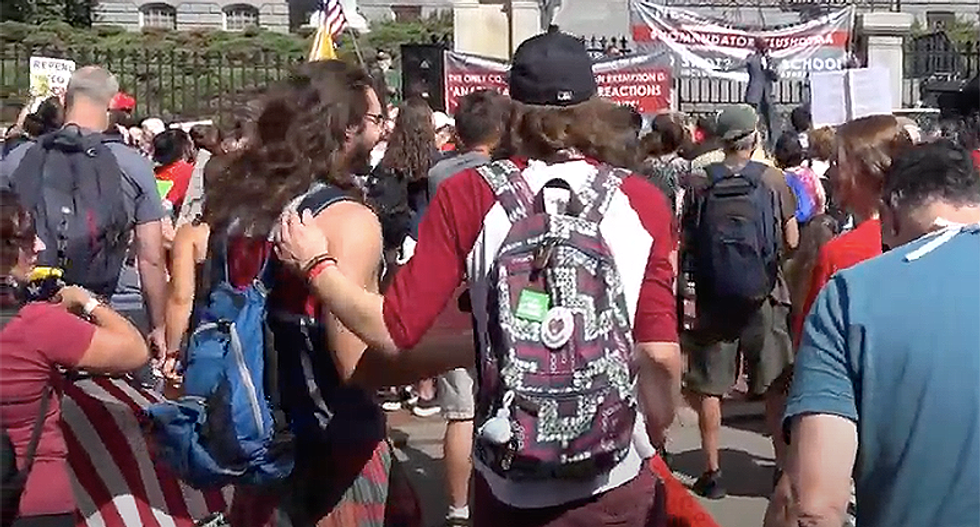 A protest against the flu shot in Boston, Massachusetts may ultimately become a super-spreader event after a speaker urged the audience to hug each other despite not wearing masks.

Speaking Sunday afternoon, Kevin Jenkins, the Executive Director of the Urban Global Health Alliance, urged the audience to remind each other that they are human and to hug one another.

He began his speech by telling the audience to take a deep breath because it is their God-given right to breathe free, a comment that anti-mask activists have often used, claiming that they can't breathe while wearing a mask.

American flags were seen at the event as well as a Trump 2020 flag.