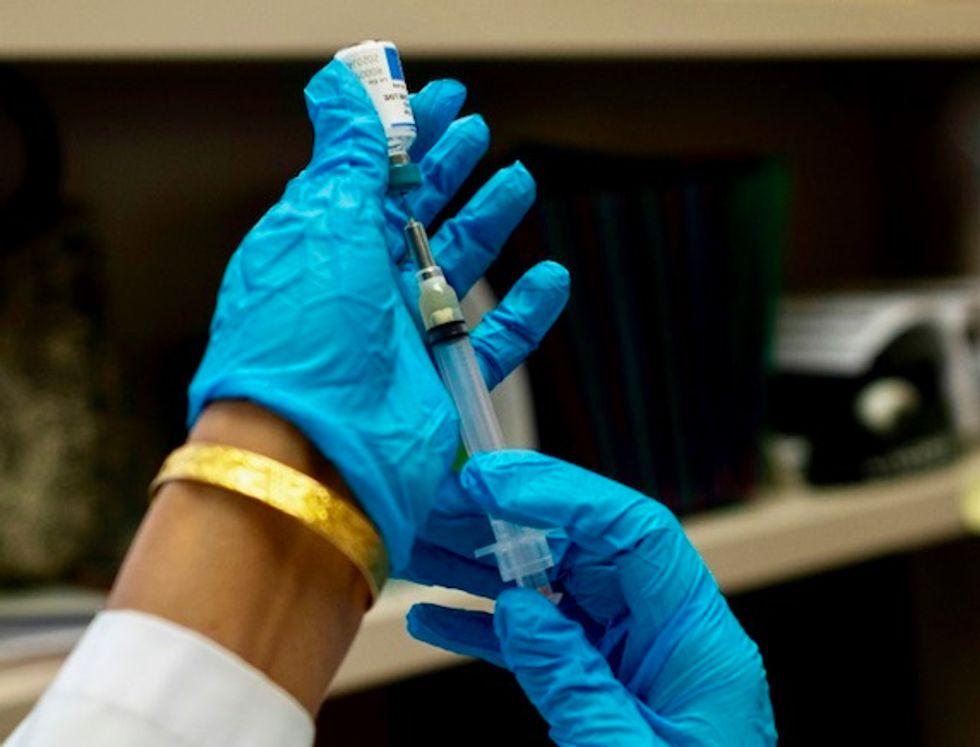 "It ought to be the people's vaccine, not a new taxpayer burden."

Consumer advocates warned Wednesday that pharmaceutical giant Moderna is "taking taxpayers for a ride" after the company announced plans to charge between $32 and $37 per dose for a potential Covid-19 vaccine developed entirely with funds from the U.S. federal government.

"Taxpayers are paying for 100% of Moderna's Covid-19 vaccine development. All of it," Peter Maybarduk, director of the Access to Medicines Program at Public Citizen, said in a statement. "Yet taxpayers may wind up paying tens of billions more to Moderna to buy our vaccine back, if it proves safe and effective."

"Taxpayers are paying for 100% of Moderna's Covid-19 vaccine development. All of it. Yet taxpayers may wind up paying tens of billions more to Moderna to buy our vaccine back."

"The so-called Moderna vaccine belongs in significant part to the people of the U.S," said Maybarduk. "We paid for it. Federal scientists led the way. It ought to be the people's vaccine, not a new taxpayer burden."

The experimental vaccine is currently undergoing a Phase 3 clinical trial that is expected to enroll around 30,000 adult volunteers who do not have Covid-19, according to the National Institutes of Health (NIH). Trial results are expected as early as October.

"Results from early-stage clinical testing indicate the investigational mRNA-1273 vaccine is safe and immunogenic, supporting the initiation of a Phase 3 clinical trial," Dr. Anthony Fauci, director of the National Institute of Allergy and Infectious Diseases, said in a statement last week.

Under pressure from advocacy groups to publicly disclose how its potential vaccine is being financed, Moderna told Axios Wednesday that U.S. taxpayers are providing "100% funding of the program."

Since April, the Massachusetts-based pharmaceutical company has received nearly a billion dollars in taxpayer grants to develop a vaccine as part of the Trump administration's so-called Operation Warp Speed.

"The company received $483 million from the Biomedical Advanced Research and Development Authority in April to support its vaccine development," CNBC reported. "Last month, it announced it received an additional $472 million from the U.S. government."

Dean Baker, senior economist at the Center for Economic and Policy Research, wrote in a blog post Wednesday that "this funding paid for the research and testing" and "it also meant that the government took all the risk."

"If Moderna's vaccine turns out to be ineffective," wrote Baker, "the government will be out the money, not Moderna."

Despite the fact that Moderna's price tag for its coronavirus vaccine is the highest yet announced by any corporation involved with Operation Warp Speed, Moderna CEO Stéphane Bancel on Wednesday characterized the cost as a discount during a conference call announcing the company's massive second-quarter revenue increase.

But Public Citizen noted the absurdity of charging the public anything at all for a vaccine developed entirely with taxpayer funding.

"They want us to buy back a vaccine developed with our tax dollars," the group tweeted.