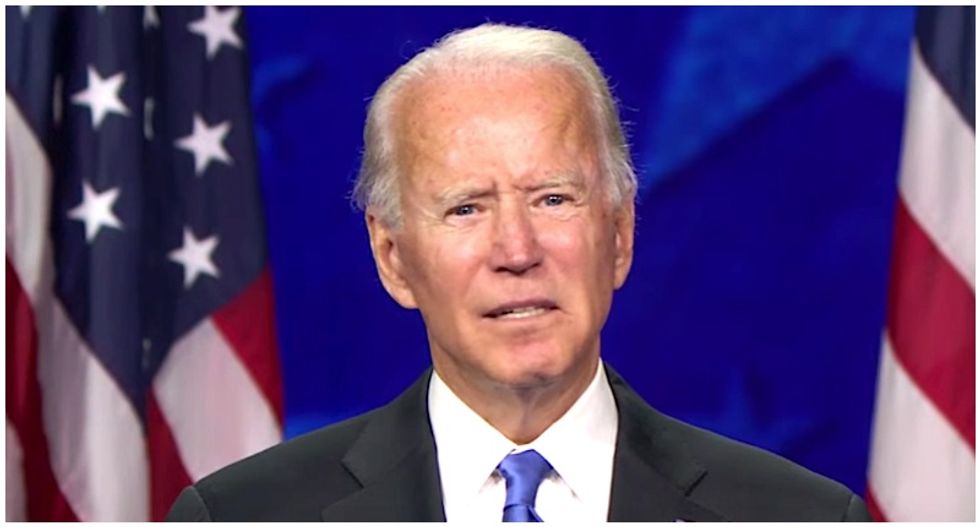 Writing in the Houston Chronicle this Friday, the paper's Editorial Board heaped praise on Democratic presidential candidate Joe Biden's DNC speech, saying that his message of optimism and unity "would have risked sounding like empty platitudes at a different time."

"...but after almost four years of an administration fueled by divisiveness, Biden’s speech was a balm to the blistering political paralysis that has left us looking for leadership in the face of disaster," the Board writes.

A global pandemic, the ensuing economic fallout, racial inequalities and unrest -- all things that would have tested any leader. But the last four nights show that "the Democratic Party effectively made its case that President Donald Trump has not only failed to rise to the occasion, he has made things worse by undermining trust in institutions, by letting petty personal grievances cloud his judgment and by stoking hate and partisanship."

"As the convention sought to prove, America is big enough for all."

Read the full article over at The Houston Chronicle.