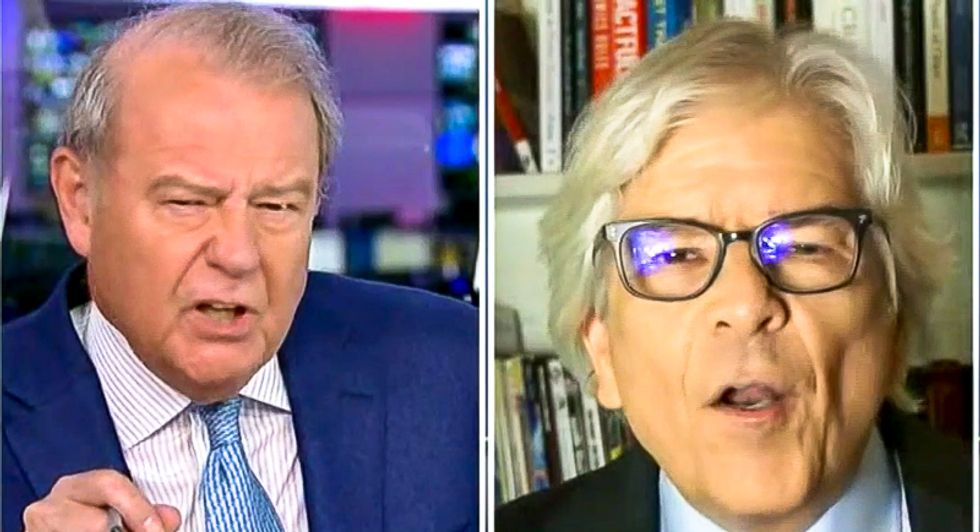 The confrontation began when Romer predicted that the U.S. would not see positive economic growth in 2020.

"The virus caused this slowdown and the virus continues to ravage the country," Romer said. "Remember on 9/11, we lost 3,000 people. We lose that many every three days in this country. Remember the Titanic, 1,500 people died. You know, we lose that in a day and a half right now."

Varney, however, insisted that the economy is "expanding" in the third quarter.

"And as Larry Kudlow says, strong growth next year," the Fox Business host remarked. "We're all onboard with that, right?"

"We're recovering from a very deep recession," Romer pointed out. "We're not even close to getting back to normal. So we're getting a little bit less depressed. And the other thing is, the core competence of this administration is dishonesty. So, I wouldn't pay attention to anything that somebody like Kudlow says."

"That's a hell of a slam, Paul," he noted, referring to the remarks about President Donald Trump's economic adviser.

"I'm going to leave it right there," Varney said before extending the segment to chastise Romer. "That was really insulting for many of the people who serve in this administration. And you branded them as flat-out liars."

"No!" Varney interrupted. "What you are saying is really rather insulting, Paul. You know, liars for hire! Are you calling Larry Kudlow a liar?"

"Yeah," Romer shrugged. "Of course. He'll say anything that will help this administration."

"If you want to hear somebody that will tell you things that aren't true that will make you feel good, get one of their liars for hire," he suggested.

"I've got to end it because I'm really out of time," Varney said. "But I've got to tell you, I really don't like people who appear on this program being called liars by someone like you."

"Well, think about that when you interview Stephen Moore next," Romer advised.