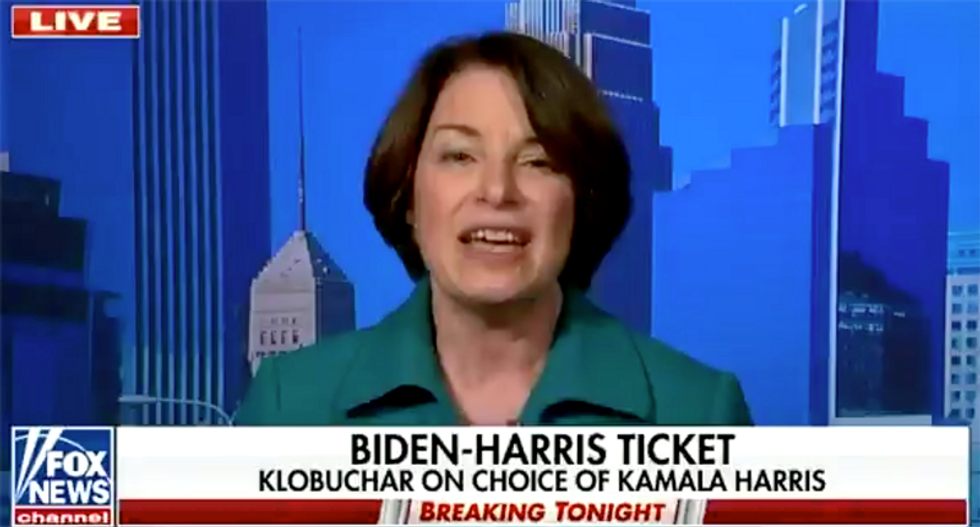 Shortly after Joe Biden choice Sen. Kamala Harris (D-CA) as his running mate, Donald Trump was asked about the selection at a presidential news briefing.

Trump complained that Harris was "extraordinarily nasty" to Brett Kavanaugh during his confirmation hearings.

Sen. Amy Klobuchar (D-MN) blasted Trump for his language during an appearance on Fox News.

"For the president to go before the country, like he just did and not just say, 'I congratulate her, we welcome her to the race' -- that's what leaders do," Klobuchar said.

"Instead, what did he do? He called her angry, he called her nasty, he went back to those same criticisms, those words we've heard him use against women throughout this presidency," she explained.

"And I just think that's crap," she declared. "I think that's not a nice way to treat someone when they enter the race."