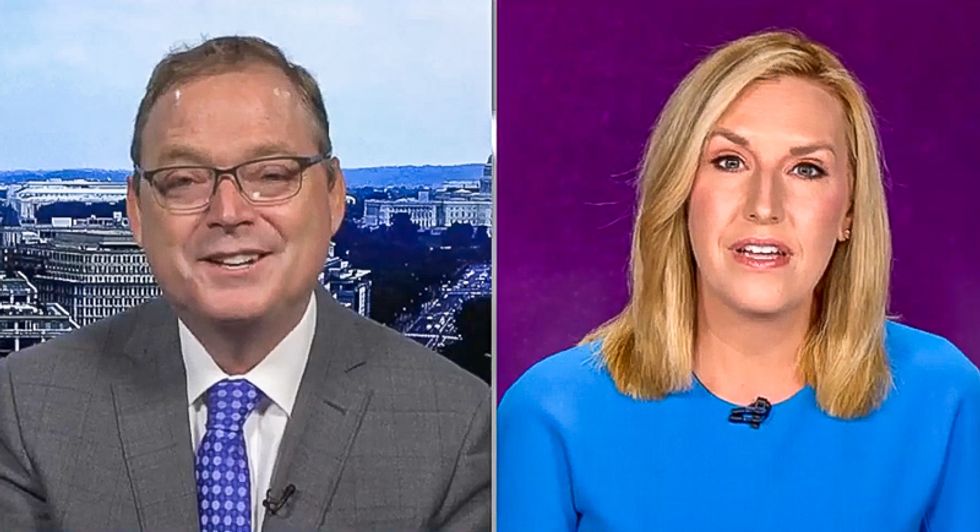 Former White House economic adviser Kevin Hassett claimed on Tuesday that a "typical median family" is being paid $90,000 to stay home during the pandemic if they are receiving the $600 weekly federal unemployment benefits.

In an interview on CNN, host Poppy Harlow challenged the former Trump adviser when he downplayed the urgency of extending the unemployment benefits.

"You and I don't rely on $600 a week to pay our rent or feed our family," Harlow explained. "That's not our situation. But for millions of Americans, it is. And they stopped getting those checks on Friday and that's why I don't think it's too far to say that it's a failure [of government]."

Harlow pointed to a recent analysis by Moody's that concluded nearly 1 million jobs could be lost by the end of the year if the $600 benefit is slashed to $200.

"If you pay people a lot more to stay home than to go to work, then the idea that there are going to be more people going to work, it just doesn't add up," Hassett insisted.

"But that's not true," Harlow interrupted, pointing to a Yale study which found "no evidence" for Hassett's claim.

"And so the assertion that staying home and getting $90,000 and going to work and getting $50,000 that that's not going to have an effect on your decisions, it just doesn't add up," he continued. "It's not economics."

"That's not true," Harlow observed. "I believe and have heard from so many Americans that they want to go back to work and they want to feel safe."

The maximum weekly unemployment benefit in Tennessee is $275.