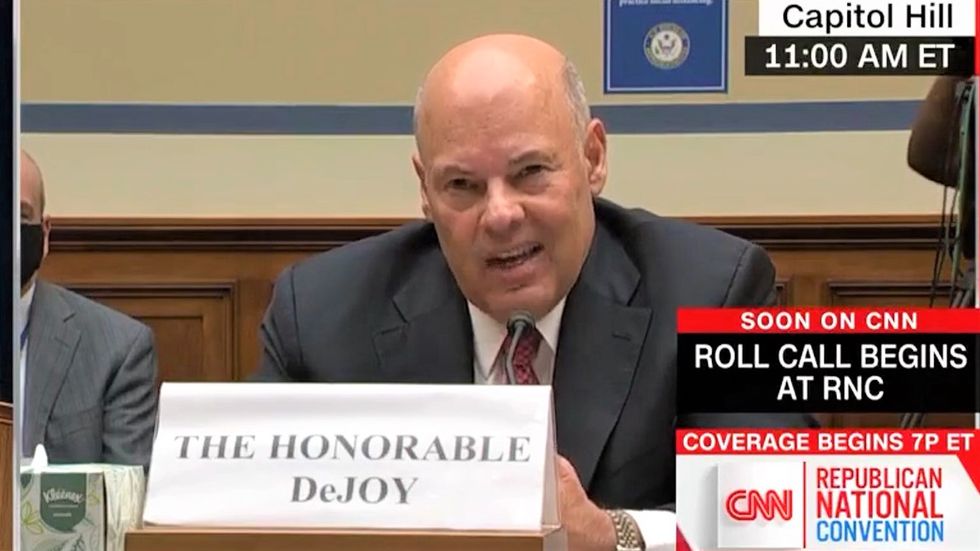 Trump-appointed postmaster general Louis DeJoy on Monday complained about fairness after a Democratic lawmaker told him that he'd be fired if he had failed as spectacularly as a private-sector CEO as he's failed in his first two months running the United States Postal Service.

During a House Oversight Committee hearing, Rep. Carolyn Maloney (D-NY) used internal USPS documents to show how the postal service had seen steep drops in deliveries ever since DeJoy took over last month.

"Here is the document for first class-mail, and overall it is down an astonishing 8.1 percent from the baseline before your changes for the past two months, beginning in July," Maloney said. "Now the second one, the next slide, is the marketing mail, and that is down a stunning 8.42 percent."

Maloney then indicted his management by saying there's absolutely no reason for mail delivery to slow down this much less than two months after DeJoy took over.

"So this is essentially your report card for that period of time," she said. "If any other CEO had this kind of plummeting record in his first two months on the job, I can't imagine why he would be kept on."