Jerry Falwell Jr. posted and then quickly deleted a strange vacation photo, leaving some to question what was actually going on.

The photo, captured by Relevant Magazine, shows the Liberty University president on a yacht with his pants undone and his shirt hiked up. Next to him stands a young woman identified as a "friend" whose pants are similarly unzipped and Falwell was holding up her shirt to expose her abdomen. In his hand was a glass of dark liquid.

"I promise that's just black water in my glass. It was a prop only," the caption reads. 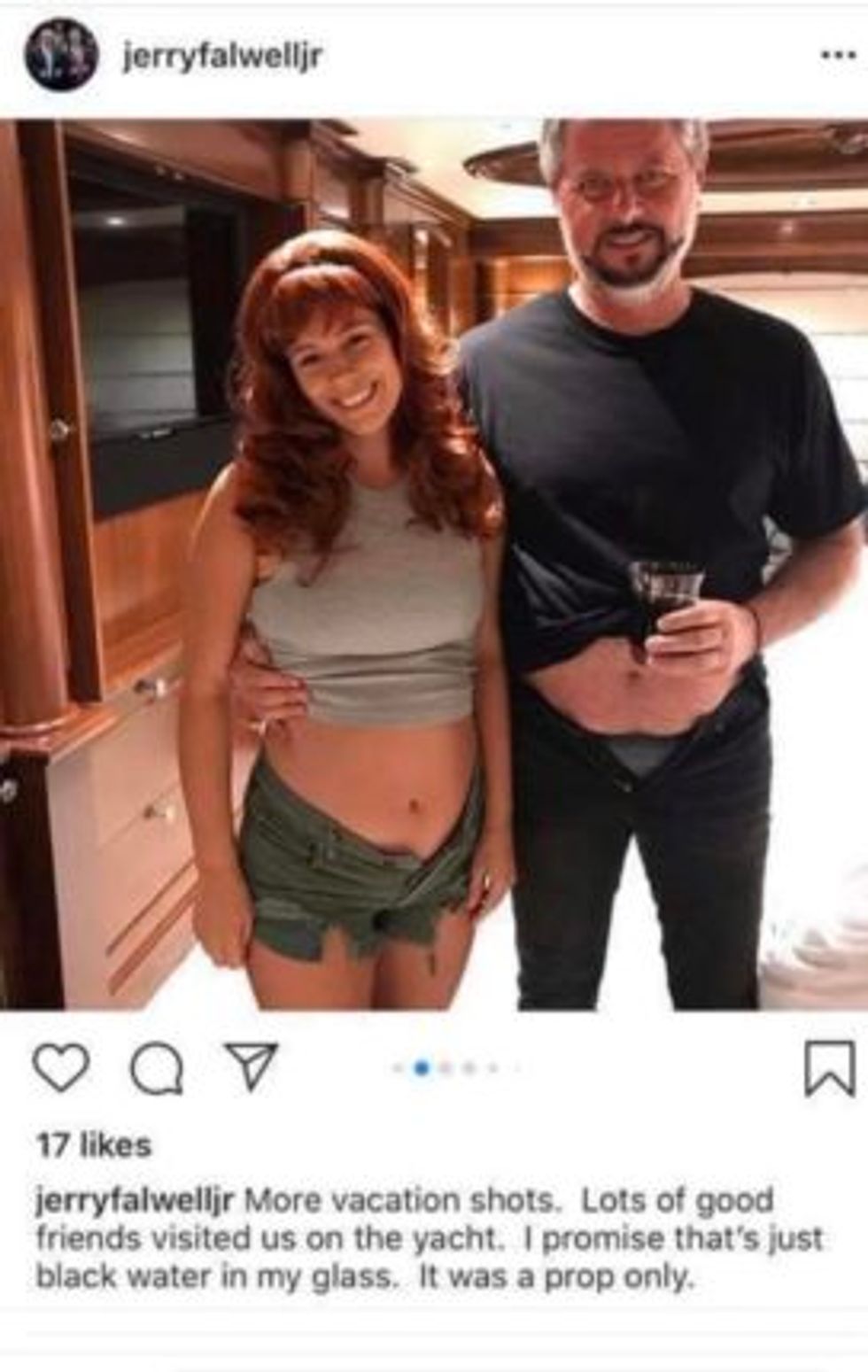 He then had another photo of himself frowning but claiming to have a "Fun vacation!" 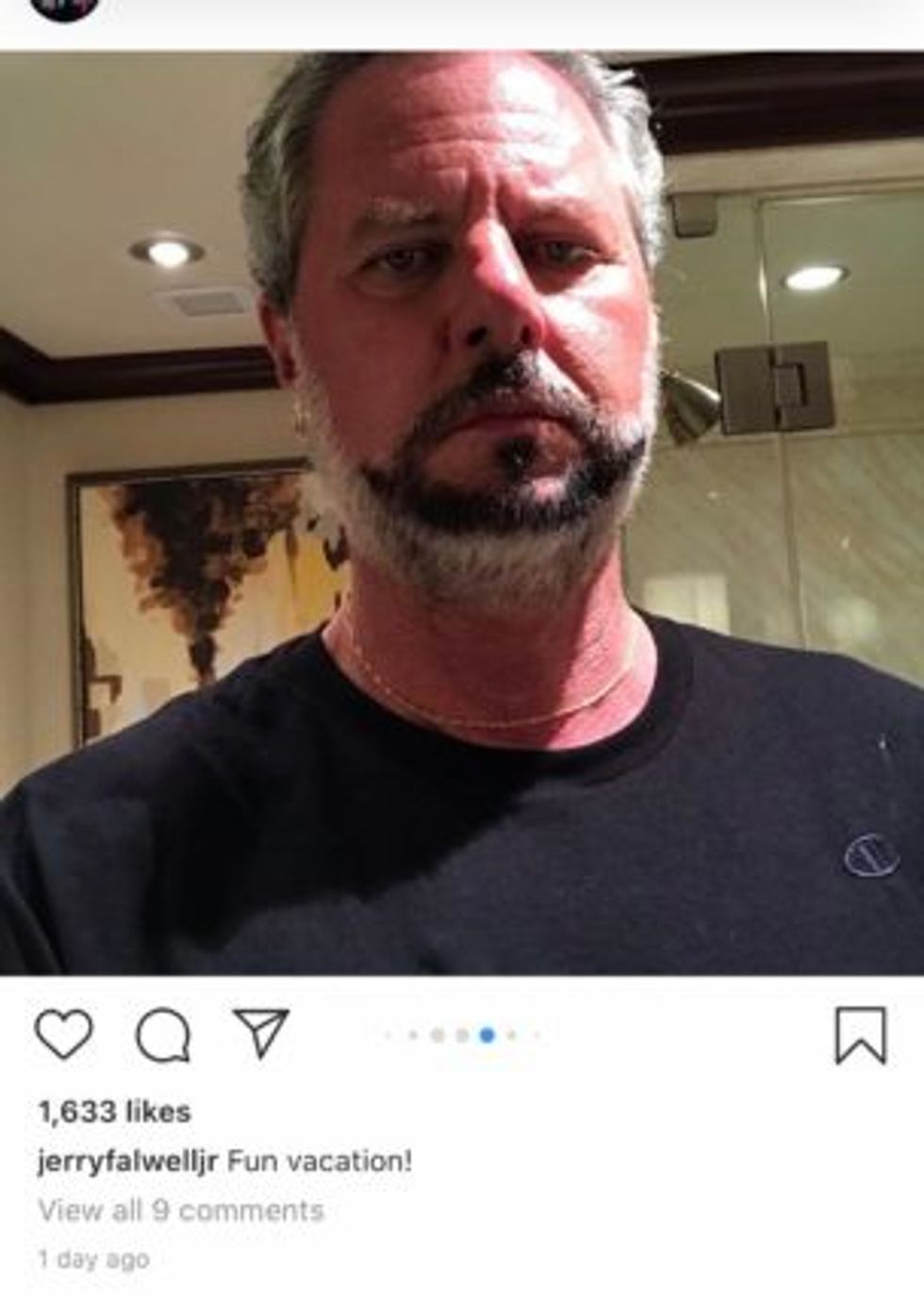 "In the hours after the screenshot of the photo was posted, Falkirk Center fellow Malachi O’Brien tweeted that the photo was 'not President Falwell,'” the report said. "The Falkirk Center is the conservative thinktank Falwell started in partnership with Turning Point USA founder Charlie Kirk. O’Brien deleted that tweet and posted an update, confirming 'it was Jerry.'”

O’Brien claimed the photo was “taken out of context of the other photos w/ it.”

“What it was was being used to imply is ungodly & seems to have been posted out of context for that reason,” O’Brien then tweeted.