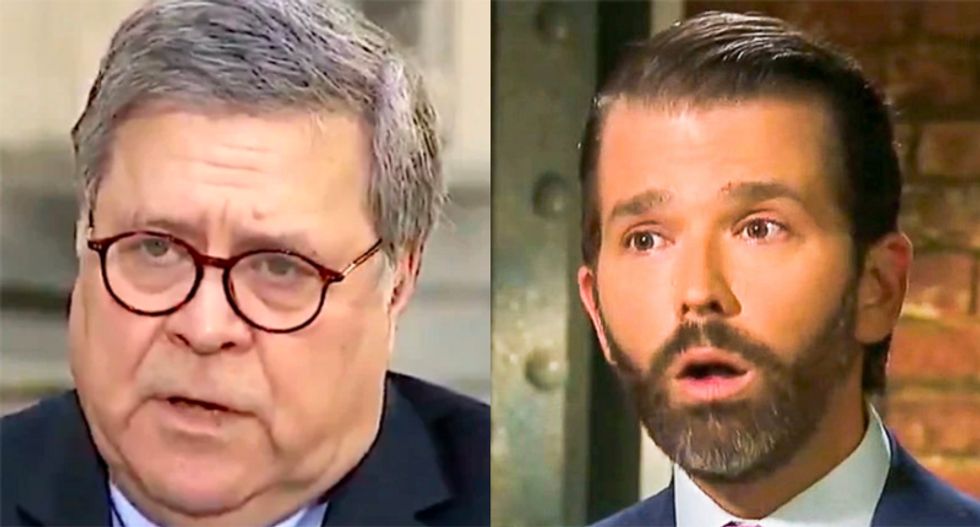 With the arrest of Steve Bannon — the president’s former campaign chair and White House strategist — and a group of his allies on Thursday, the world received confirmation of what many have long said about the conservative movement: The right-wing, ethnonationalist, populist rhetoric is often little more than a scam to win support from the masses to fund the desires of elites.

At least, that’s the narrative told in the indictment of Bannon and others leading “We Build the Wall, Inc.” — an organization that raised money from private donors, supposedly to build parts of President Donald Trump’s border wall. (Don’t ask about the fact that Mexico was supposed to pay for the wall.) According to federal prosecutors in the Southern District of New York, despite, Bannon’s claim that the organization was run entirely by volunteers, he and his allies was cashing in.

“While repeatedly assuring donors that Brian Kolfage, the founder and public face of We Build the Wall, would not be paid a cent, the defendants secretly schemed to pass hundreds of thousands of dollars to Kolfage, which he used to fund his lavish lifestyle,” said Acting U.S. Attorney Audrey Strauss.

Bannon, on the other hand, “through a non-profit organization under his control (‘Non-Profit-1’), received over $1 million from We Build the Wall, at least some of which [Bannon] used to cover hundreds of thousands of dollars in [Bannon’s] personal expenses,” SDNY said. Bannon is fighting the charges, pleading not guilty in court on Thursday.

Bannon and Kolfage, along with Timothy Shea and Andrew Badolato, were charged with conspiracy to commit wire fraud and money laundering.

But it’s not just the people named in the indictment who come off looking worse.

Attorney General Bill Barr’s already tarnished reputation took another substantial hit with the announcement because it reframed actions he took two months ago. In June, Barr sought to remove Geoffrey Berman, who has been the U.S. attorney in the Southern District of New York. But he did so in a clumsy and corrupt fashion. He met with Berman privately and tried to pressure him out of a job. When Berman refused, Barr simply announced that Berman would be stepping down, to be replaced immediately by another prosecutor from outside the office while a permanent successor could be confirmed.

Berman quickly refuted Barr’s claim, publicly stating that he did not intend to leave. This started a brief struggle until Barr caved somewhat on his demands. He still had Berman removed, but he permitted Strauss, Berman’s deputy, to take his role. She is now serving in an acting capacity, and she oversaw the indictment filed against Bannon and the others.

The episode created a sharp backlash, because there seemed to be no above-board explanation for Barr’s actions. Barr might have had legitimate reasons to replace Berman with another appointee, but there was no clear reason why Berman should leave before that person was appointed. And Barr might have had reason to fire Berman, but there’s no clear reason why Strauss wouldn’t take over in his stead — which is how succession in these offices typically functions. And there was no good reason at all why Barr should lie about Berman voluntarily stepping down — it was just an aggressive power play.

These facts all pointed to a clear conclusion: Barr had a corrupt reason for wanting to oust Berman and replace him with a hand-picked successor. In a public statement and in testimony to Congress, Berman made clear what a plausible motive would be: Replacing him with anybody but Strauss would likely impede the office’s ongoing investigations.

We now know that the case again Bannon and “We Build the Wall, Inc.” was among the cases that likely would have been slowed down. Barr has admitted he knew about the case months ago. And it’s quite clear why Barr, an unabashed partisan, would want to slow it down. Indicting yet another of the president’s allies — and his second campaign manager — surely reflects badly on Trump. It’s especially bad because the allegations involve fleecing Trump’s supporters for venal reasons, which may hit close to home for those feeling let down by his presidency heading into the November election.

It’s possible there were other investigations Barr was looking to stop as well. And it’s possible, of course, that he wasn’t trying to delay this investigation at all. But that’s precisely why Barr’s hamfisted control of the Justice Department, and his complete lack of interest in even acting like a straight shooter, is so destructive for him and the country as a whole. It makes it impossible for Americans to be confident that he’s performing his job in good faith, rather than trying to protect the president’s friends and go after his enemies.

Donald Trump Jr., too, comes off looking a lot worse out of Bannon’s scandal, because he openly endorsed the project. In a quote featured on the organization’s website, he said:

This is private enterprise at its finest. Doing it better, faster, cheaper than anything else and what you guys are doing is pretty amazing. It started from a grassroots effort and it’s doing some wonderful things for an important issue.

After the indictment became public on Thursday, the Trump Organization put out a statement to the New York Times trying to distance Don Jr. from the project:

Don gave one speech at a single We Build the Wall event over a year ago with a group of angel moms and, besides that, has no involvement with their organization. He never gave them permission to use him as a testimonial on their website and was unaware they included him as one until today’s media reports about it. His previous praise of the group was based on what he was led to believe about their supposed intention to help build the wall on our southern border and if he and others were deceived, the group deserves to be held accountable for their actions.

The statement appears to admit that when Trump Jr. said the group was “private enterprise at its finest” that does work “better, faster, cheaper” than others and is “amazing,” he had no idea what he was talking about.

But the HuffPost reported that the ties between Trump Jr. and We Build the Wall, Inc. may be more significant than the statement suggested:

As part of a fundraising promotion, We Build the Wall offered free, autographed copies of Trump Jr.’s book, “Triggered,” to people donating at least $75. And Instagram posts from Kolfage and We Build the Wall suggest Trump Jr. directly interacted with the group again in November.

“[We Build the Wall representative] FOREMAN MIKE will be in Florida TOMORROW with Donald Trump Jr. at Sandestin Golf and Beach Resort!” the organization announced in a post on Nov. 7. The next day, Kolfage posted a photo of himself with a small group of people including Trump Jr. and “Foreman Mike.”

There’s some evidence, too, that the president was backing the project before its downfall, but its thinner.

President Trump gave the undertaking his “blessing” in a telephone conversation Wednesday night, according to Mr. Kobach.

The White House press office did not respond to requests for comment.

Trump avoided going on the record, which now looks wise.

After the indictment came out, Trump’s defenders pointed to a recent tweet of his distancing himself from the project:

However, this tweet emerged after Barr was aware of the investigation into Bannon, so Trump was likely aware of it, too. And the president’s fans had already donated millions to the project, some of whom were likely encouraged by the fact that Trump’s own son had endorsed it.

The California Republican and Senate minority leader Mitch McConnell (R-KY) met Wednesday at the White House with Biden, just hours after the Republican conference voted to remove Rep. Liz Cheney (R-WY) from her leadership position for refusing to endorse Donald Trump's lies about his election loss.

Rep. Jim Jordan (R-OH) used his time during a committee hearing with Donald Trump's former acting attorney general and defense secretary to shout about Hillary Clinton, and it didn't go over well.

Chris Miller, the former acting defense secretary, and Jeffrey Rosen, the former acting attorney general, defended their actions after the November election and during the Jan. 6 insurrection Thursday during a hearing with the House Committee on Oversight and Reform.

Wood made the assertion during an event in Myrtle Beach, where he was campaigning to become the next South Carolina Republican Party chair. Video was later obtained by PatriotTakes.