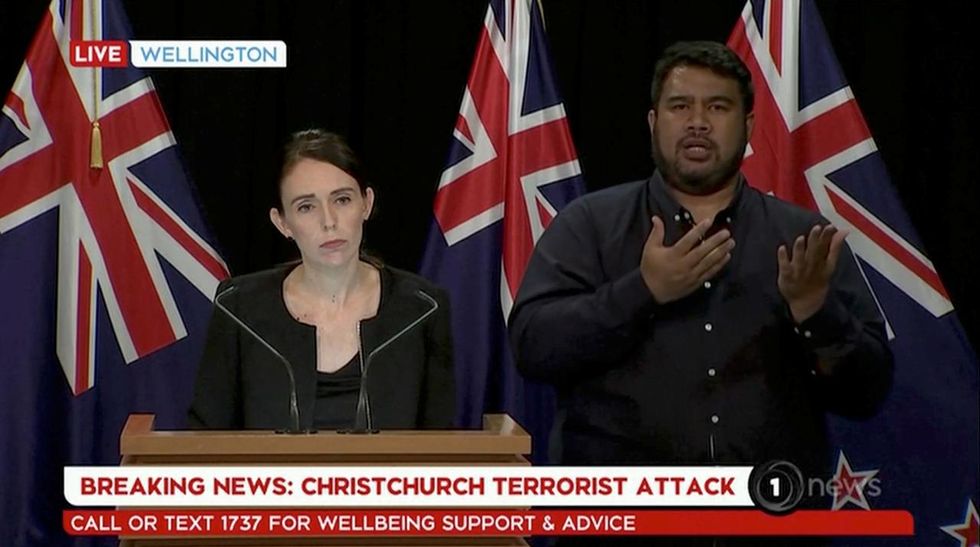 The father of a three-year-old boy shot dead in last year's New Zealand mosque attacks told gunman Brenton Tarrant Wednesday that he was an "evil man" whose atrocity had failed in its goal to sow hatred and fear.

Australian white supremacist Tarrant is expected to become the first person in New Zealand imprisoned for life without prospect of parole when his sentence is handed down on Thursday at a Christchurch court.

Aden Diriye, father to three-year-old Mucaad Ibrahim, the youngest person to die in Tarrant's rampage, was among survivors and bereaved families giving testimony on day three of his sentencing.

Diriye told Tarrant to "know that true justice is waiting for you in the next life and that will be far more severe (than prison). I will never forgive you for what you have done."

Hasmine Mohamedhosen, whose brother Mohamed was killed, called Tarrant the "son of a devil" who she wanted to "rot in hell between the four walls of your cell for eternity".

Ahad Nabi, whose father Haji Daoud Nabi was killed in Al Noor mosque, called Tarrant a coward who should never be allowed to walk free.

"While you are in prison you will come to realise that you are now in hell and only the fire awaits you," he said.

Tarrant, 29, has admitted 51 charges of murder, 40 of attempted murder and one of terrorism during the attacks at two Christchurch mosques on March 15, 2019.

He has remained impassive throughout the hearing as members of the Muslim community confront him, some furious and demanding justice and others distraught.

"You have killed my son and to me that is as though you have killed the whole of New Zealand," Diriye told Tarrant with a steady voice.

"I will never forget how he would play in the mosque and make friends with every worshipper who attended, young and old. He was adored by all.

"Your atrocity and hatred did not turn out the way you expected. Instead it has united our Christchurch community, strengthened our faith, raised the honour of our families and brought our peaceful nation together."

The court was earlier told that as Tarrant moved through the Al Noor mosque, shooting the wounded and ignoring their cries for help, he saw toddler Mucaad clinging to his father's leg "and shot him with two precisely aimed shots".

Mustafa Boztas, who was shot in the leg, likened Tarrant to "a rotten cloth that has been thrown away after dirty work.

"You are not even a human, not even an animal, since animals are beneficial to the world," he said.

John Milne, whose 14-year-old son Sayyad was murdered, said since the killings his mental health had suffered, leading to a spell in a psychiatric ward.

"There is a huge hole in my heart that will only heal when I meet Sayyad again in heaven," he said.

"I hope to see you there too, Brenton, and if you get the chance I'd love you to say sorry to Sayyad. I'm sure he's forgiven you too."

Showing a photo of his son to the man in the dock, Milne implored: "Please, just remember his name."