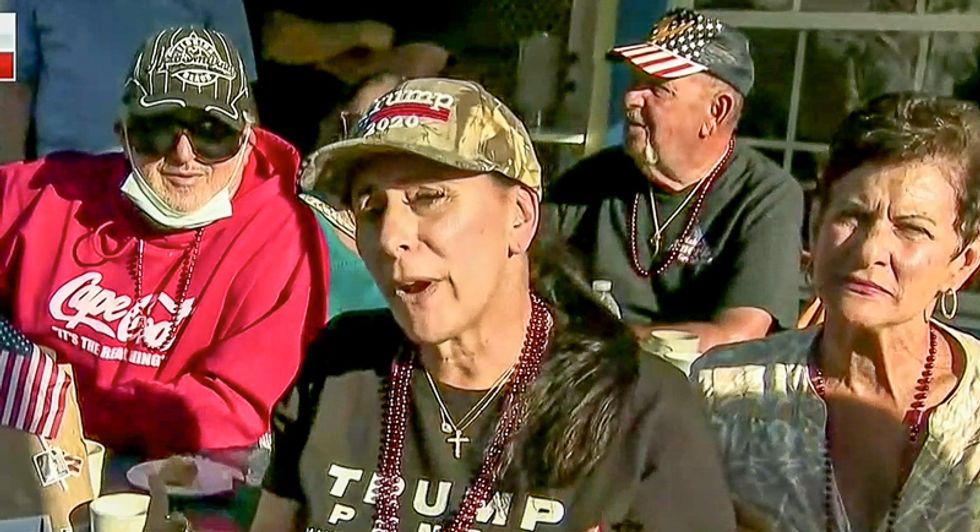 Prior to Democratic nominee Joe Biden's Thursday night address, Fox News host Pete Hegseth made his first trip back to a diner since the COVID-19 pandemic began.

"We're loving life!" Donna added. "That's all we want to do. We're not telling anybody else that they shouldn't do what they want to do. But don't tell us what to do."

Another woman who claimed to be a nurse insisted that the pandemic is "over."

"The virus is over," the woman said. "We're over. We need to step away from the fear and we need to educate ourselves on how to get healthy. And I think that's a big part of this presidential election right now."

Other patrons accused the Democratic Party of being against the police and attempting to perpetrate "fraud" with mail-in ballots.

None of the diners that Hegseth spoke to wore masks or socially distanced themselves from other customers.