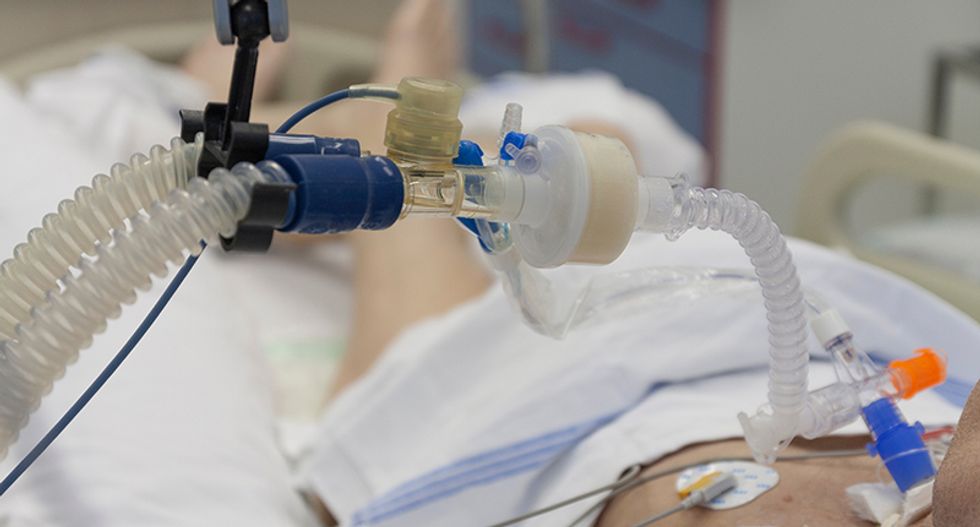 Coronavirus cases in the U.S. rose by 1.9 million and deaths from the disease by over 25,000 in the month of July, another sign of President Donald Trump's failure to slow the pandemic.

The numbers from July represent 42% of the country's total cases since the outbreak began and a 69% increase in infections altogether.

New coronavirus cases are picking up at a dangerous pace in much of the Midwest and in areas that had seen apparent… https://t.co/cq6OZ6CoyS
— Chris Jansing (@Chris Jansing)1596370471.0

According to the New York Times:

Gone is any sense that the country may soon get ahold of the pandemic. The seven-day average for daily new infections has hovered around 65,000 for the past two weeks, more than doubling the peak average from the spring, when the country experienced what was essentially its first wave.

"It didn't have to be like this," tweeted Illinois Lieutenant Governor Juliana Stratton. "We need a national mask mandate. Now!"

While cases increase around the country, GOP lawmakers from the White House on down continue to downplay the severity of the crisis and question the levels of infections. As Common Dreams reported, Trump on Saturday repeated the baseless claim that increased testing was to blame for the rise in cases.

"This continued Kindergarten-level logic is why we lead the world in Covid cases and deaths," Rep. Mark Pocan (D-Wis.) tweeted in response.

On Saturday, Rep. Raúl Grijalva (D-Ariz.) announced he had contracted the coronavirus and suggested that the carelessness of his GOP colleagues could be to blame for his coming down with the disease.

"While I cannot blame anyone directly for this, this week has shown that there are some members of Congress who fail to take this crisis seriously," said Grijalva. "Numerous Republican members routinely strut around the Capitol without a mask to selfishly make a political statement at the expense of their colleagues, staff, and their families."

With the increase in total cases will come a corresponding increase in deaths in August, Boston University epidemiologist Ellie Murray told the Washington Post.

"Overall, what this tells us is that now that deaths have started to increase, we can expect them to increase for several more weeks," said Murray.