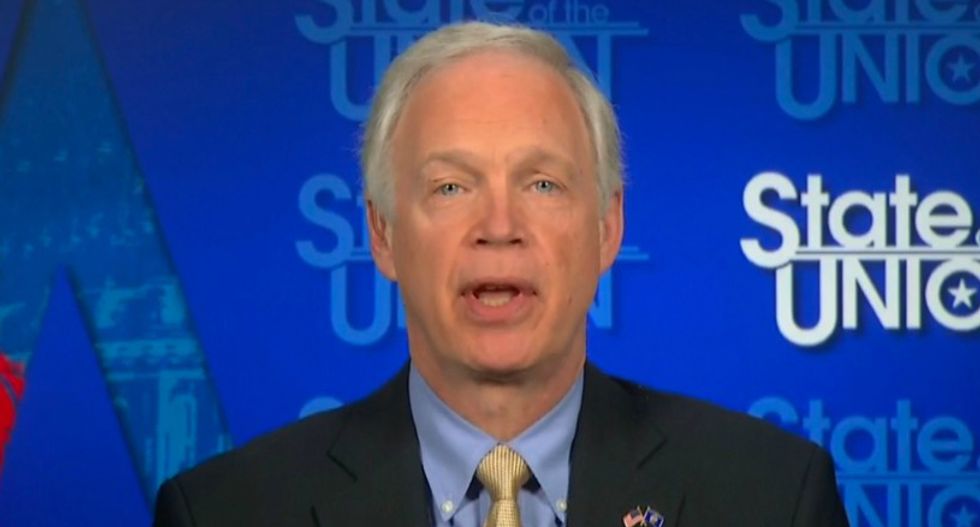 Amid the flurry of news last week, three Republicans were outed for their involvement in President Donald Trump's Ukraine scandal that ultimately led to his impeachment. Now it seems they're either in hiding or they're staying as quiet as possible hoping the news disappears.

Steve Benen at the "Rachel Maddow Show" wrote Monday that he couldn't help but notice the sudden silence from these three Republicans.

Rep. Devin Nunes was probed by Democratic colleague Rep. Sean Patrick Maloney (D-NY) as to why he was getting "dirt" from a foreign source on former Vice President Joe Biden. Nunes refused to answer. Sen. Ron Johnson (R-WI) similarly faced allegations. Johnson was probed by local ABC reporter in Milwaukee about relying on information from pro-Putin Ukrainians. His excuse was that he is "getting information from a variety of sources."

Last year, the Senate GOP voted to block a bill that would mandate any political candidate that gets information from a foreign source hand it over to the FBI. It seems Americans have discovered one of the reasons why the Republicans opposed it is that they were already getting intel from foreign sources to use in an election.

Then there's Trump's campaign adviser, Jason Miller, who "repeatedly dodged a question about whether the campaign is receiving or will accept foreign assistance," reported the Huffington Post. Miller said it was a "silly question," even if it was happening in real-time.

Fox News' Chris Wallace asked Miller three times about whether Trump would use foreign assistance to win in November. The answer may be obvious, but Miller still refused to answer. Last year, Trump even confessed that he would welcome foreign intervention, one month later Trump attempted to bribe the new Ukrainian president.

"The resulting mosaic isn't pretty: House Republicans, Senate Republicans, and Team Trump, over the course of the same week, each faced questions about relying on political assistance from foreign sources, and each of them dodged," wrote Benen.

Read the full report at MSNBC.