'This is not normal': Bernie Sanders rails against Trump's authoritarianism at 2020 Dem convention 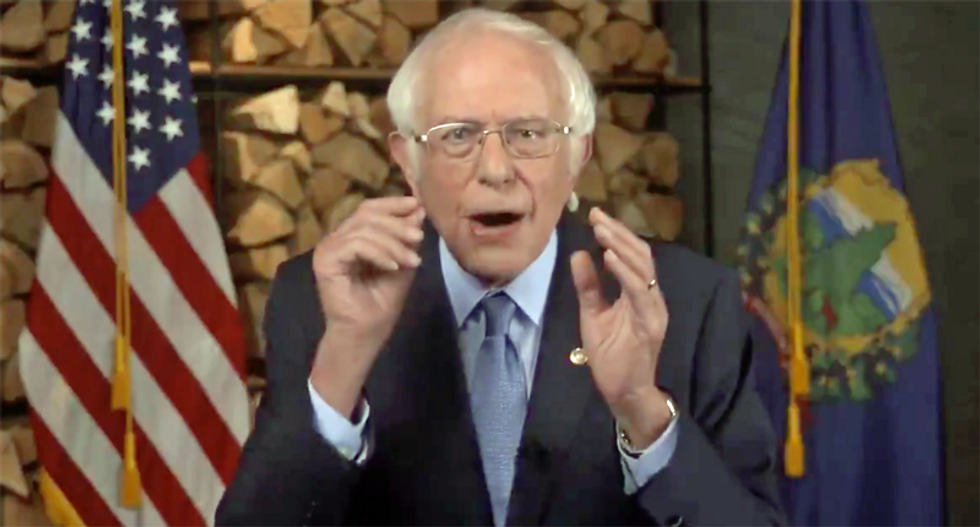 Former 2020 presidential hopeful Bernie Sanders thanked his supporters for backing him during the primaries, but urged them to join with him in voting for former Vice President Joe Biden.

"If Donald Trump is re-elected, all the progress we have made will be in jeopardy," the Vermont independent warned. "We need an unprecedented response, a movement like never before."

"Under this administration, authoritarianism has taken root in our country," he warned.

Sanders noted that he disagrees with Biden on health care, but urged supporters of Medicare for All to back the Democrat in November.

Bernie Sanders: "To everyone who supported other candidates in the primary & to those who may have voted for Trump… https://t.co/EcxGwEaJ7d
— Aaron Rupar (@Aaron Rupar) 1597718773.0