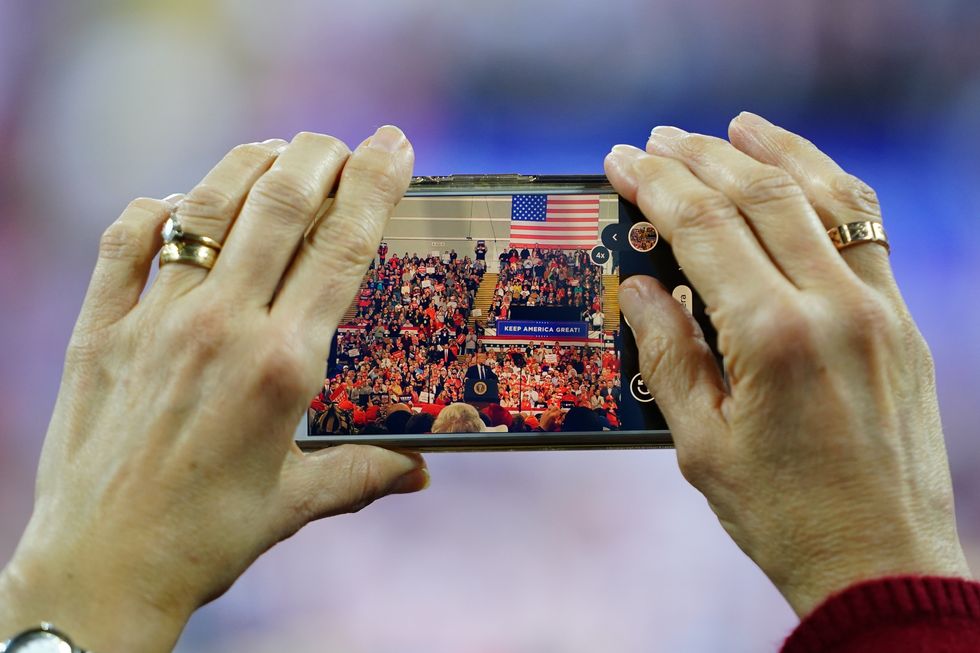 President Donald Trump is accusing the Twitter and its executive of being biased against Republicans, especially him, despite no evidence and the fact that for years he has been allowed to violate the social media platform's terms of service with impunity.

"It’s never a real Twitter Trending," Trump said, on Twitter, referring to the top issues people are tweeting about. "It’s Twitter Executive’s Choice. Only negative on Republican voices, especially mine!"

Trump's accusation comes just as "AND GOT CAUGHT" was trending on Twitter, highlighting Trump's failures. It was in response to Trump's own tweet, a lie, that he posted Wednesday night as former President Barack Obama was speaking at the Democratic Convention.

@realDonaldTrump Trump colluded with Russia AND GOT CAUGHT TRUMP: RUSSIA IF YOU'RE LISTENING Manafort was in secr… https://t.co/awU8PqiLZN
— Andy (@Andy) 1597923428.0

YOU’RE SUCH AN IMBECILE YOU STARED DIRECTLY AT THE SUN DURING THE ECLIPSE AND GOT CAUGHT. https://t.co/uyWMJxMkqJ
— Matt Collin (@Matt Collin) 1597896979.0

Russian bots were posting pro-Trump tweets until one of them accidentally posted its location in Russia AND GOT CAU… https://t.co/NYoITmGpWw
— JRehling (@JRehling) 1597897821.0