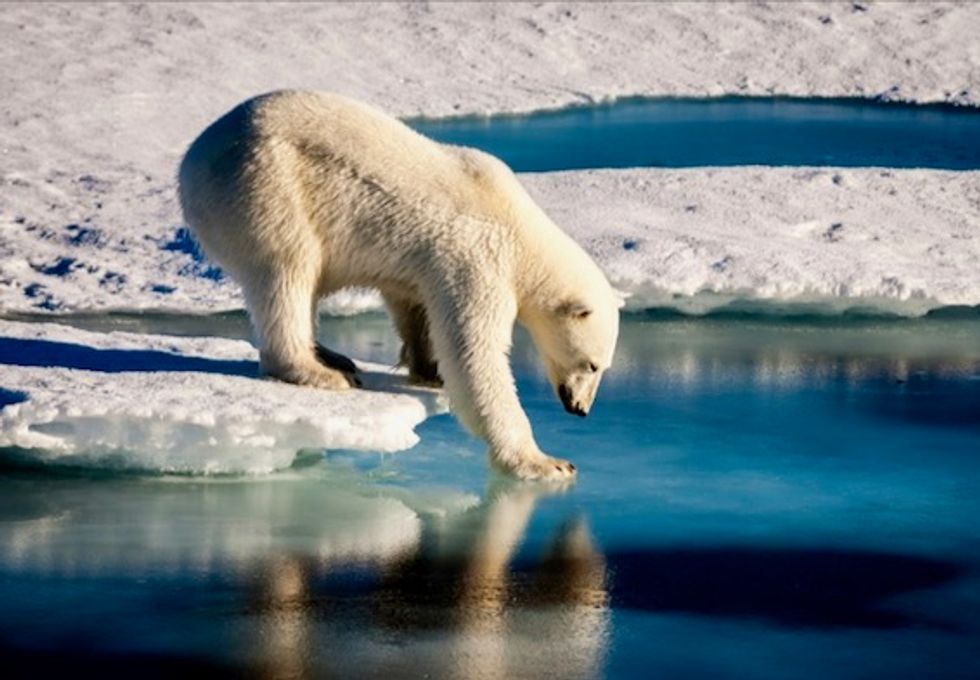 Local residents, who rely on caribou native to the refuge for sustenance, have called the area 'the heart and soul of mother earth.'

Environmental advocates vowed to sue the U.S. Department of Interior following its announcement Monday that the Trump administration has finalized plans to auction off oil and gas leasing rights in Alaska's Arctic National Wildlife Refuge.

"The door is being flung wide open for oil and gas drilling to impose irreversible harm to one of America's iconic spaces," Steve Blackledge, senior conservation program director for Environment America, said in a statement Monday. "Claims that this thoroughly invasive industrial work can be done in an environmentally responsible way are either naive or, even worse, cynically deceptive."

Blackledge called the Interior Department's plans for the refuge, also known as ANWR, "wrongheaded and tragic," and added: "We will turn to the courts to fight this foolish and deeply damaging effort because once drilling begins, there will be no way to return one of the world's great natural wonders to its former self."

Secretary of the Interior David Bernhardt pointed to congressional action in 2017 that set the stage for leasing in the refuge.

"Congress directed us to hold lease sales in the ANWR Coastal Plain, and we have taken a significant step in meeting our obligations by determining where and under what conditions the oil and gas development program will occur,” he said in a statement."

Congress did approve the program as Bernhardt mentioned, and, in 2018, the Bureau of Land Management "concluded drilling could be conducted within the coastal plain area without harming wildlife," the New York Times reported.

Controversy over an area of about 1.6 million acres, known as 1002, located in the refuge, has existed since Congress established ANWR in 1980 and left open the possibility of drilling in the coastal plain. The refuge, which encompasses about 19 million acres, is home to wildlife including polar bears and caribou, among others. Local tribes, particularly the Gwich'in people native to the land there, rely on the caribou there for sustenance.

"That's the heart and soul of Mother Earth that's being messed with up there," Michael Peter a member of the Gwichyaa Zee Gwich'in Tribal Government told the BLM at a public forum held in Alaska in 2019.

Another Gwichyaa leader, Richard Carroll, noted at that same forum that the Gwich'in people were not being considered in the U.S. government's assessment of drilling in the refuge.

"It's going to set us back about 50 years, but that's another story," Carroll said. "Our nation is being run by profit-made corporations only. Human rights of the Gwich'in people have been totally ignored."

But politicians, including Sen. Lisa Murkowski (R-Alaska), are celebrating Monday's announcement and dismissing concerns that drilling may be unsafe.

"New opportunity in the 1002 Area is needed both now, as Alaskans navigate incredibly challenging times, and well into the future as we seek a lasting economic foundation for our state," Murkowski tweeted Monday.

But advocates say moving forward and opening the area to oil and gas exploration will only hurt the Gwich'in people and the wildlife that call the refuge home.

"The terrible plan for the Arctic Refuge could lead to destructive, widespread development on the sacred calving grounds of the Porcupine Caribou Herd," The Wilderness Society tweeted Monday. "The Gwich'in and Iñupiat people who depend on the herd for their survival deserve better."