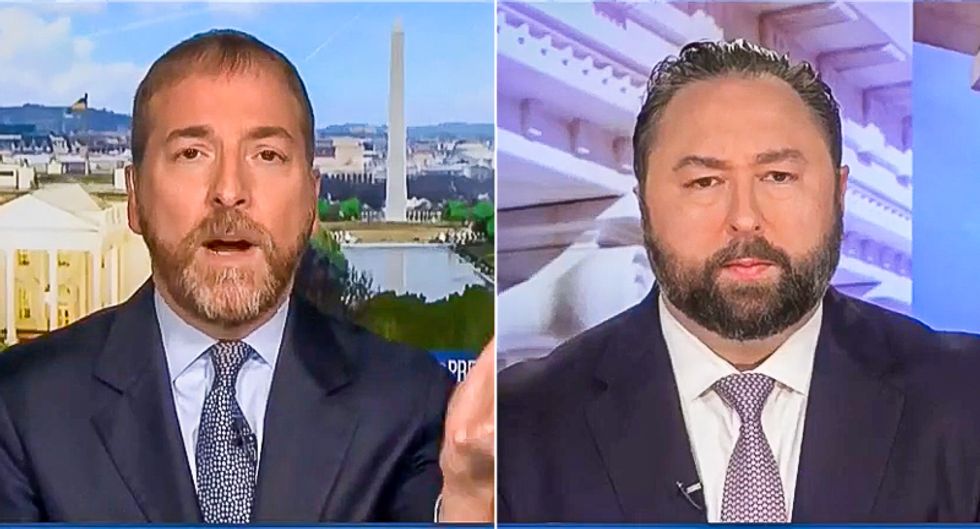 Trump campaign adviser Jason Miller noted on Sunday that President Donald Trump employs a number of "solid people" who have not been arrested or convicted during his presidency.

While appearing on NBC's Meet the Press, host Chuck Todd questioned Miller about the arrest of former Trump campaign chief Steve Bannon, who has been accused of defrauding donors of a charity which claimed it was building a border wall.

Miller sought to distance the campaign from Bannon.

"It looks like this investigation was going along before the podcast even started -- the podcast and radio show that I co-hosted with Steve," Miller said. "These allegations are very serious and I hope that Steve has some good answers for the things that he's been accused of. It's not something that I worked on."

Todd pointed out that a number of Trump associates have been charged or convicted since the president took office, including Bannon, Michael Flynn, Paul Manafort, Rick Gates, Michael Cohen and Roger Stone.

"The president seems to surround himself with people with shady instincts," the NBC host said.

"And I would say that, overall, the president has had a very good track record of hiring excellent people," he continued. "There are a number of the folks on the list you pointed out there, Chuck, who have made some serious mistakes in their life and it had nothing to do with President Trump."

He added: "Take a look at his senior staff at the White House, whether it be Chief of Staff Mark Meadows, whether it be Kellyanne Conway. Look at people like Jeron Smith and Stephen Miller. These are solid people who I think work very hard for the American people every day. I'm proud to call them teammates in this broader pro-Trump effort."