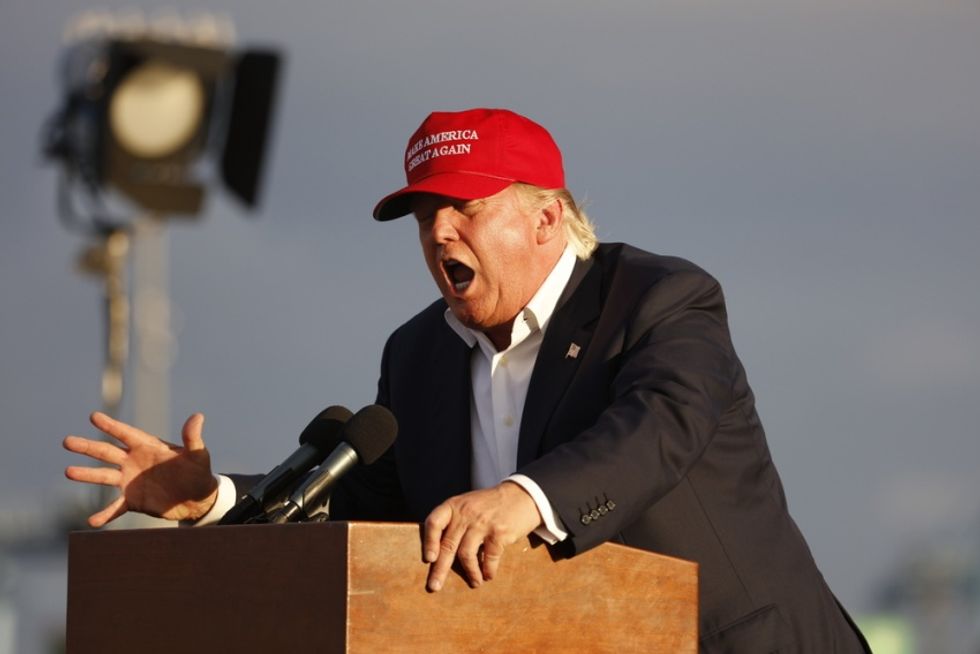 Donald Trump gives a speech at a campaign rally (Shutterstock)

President Donald Trump apparently isn't happy with his first four years in office, according to his remarks on Monday demanding a kind of presidential do-over.

"We are going to win four more years," Trump announced to a Wisconsin crowd not social distancing. "And then after that we'll go for another four years, because they spied on my campaign. We should get a redo of four years."

Still, Trump thinks he is entitled to a do-over. It begs the question if the president is acknowledging that he didn't accomplish anything as president.