Trump directed Homeland Security to give $400 million to firm tied to Bannon’s We Build the Wall scheme: report 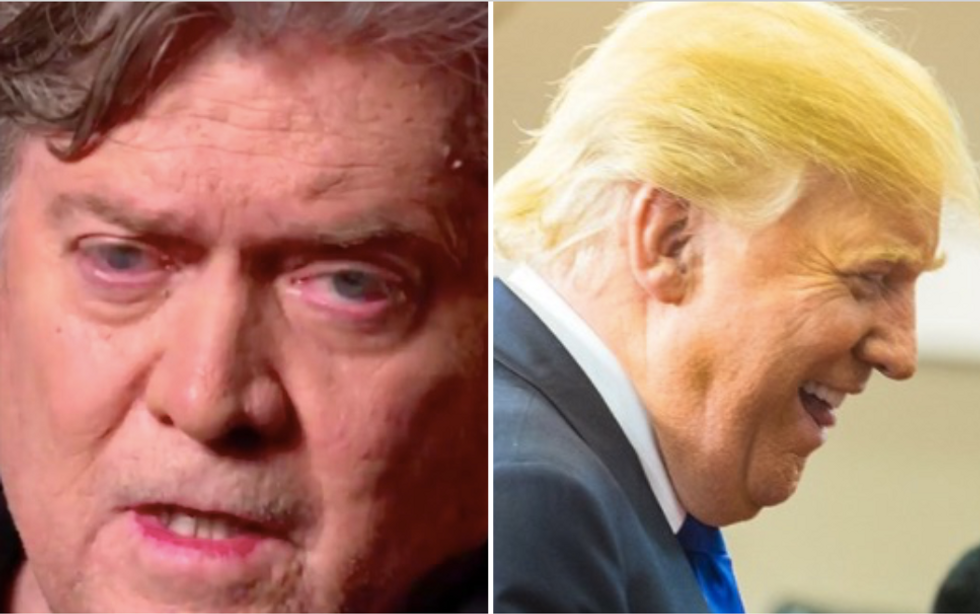 President Donald Trump was caught in a precarious position when one of his top former aides and former campaign CEO was indicted for fraud after running a fake effort to build the wall on the southern American border.

Over a year ago, the Pentagon inspector general began looking into a suspicious $400 million contract given from the Department of Homeland Security to the construction company linked to Bannon's group. The funds came at Sen. Kevin Cramer (R-ND) and Trump's urging

"On Dec. 2, the Pentagon announced a contract worth up to $400 million to Fisher Sand and Gravel for the construction of 31 miles of new border barriers along the Cabeza Prieta National Wildlife Refuge in southern Arizona," said the Washington Post.

CEO Tommy Fisher launched an aggressive effort to try and score a contract, making several appearances on Fox News and paying at least $100,000 in lobbying. Fisher also personally lobbied the president, gave hefty donations to Cramer's Senate campaign, and attacked the Army Corps of Engineers for excluding their firm. Fisher was then Cramer's guest to Trump's State of the Union Address in 2019.

"The company also has partnered with right-wing activist group We Build the Wall to construct fencing on private land with millions of dollars raised through online donations," said the Post.

The American Civil Liberties Union said that they are demanding answers: