Trump has a New York 'cartoon view’ of his conservative base: NYT analysis 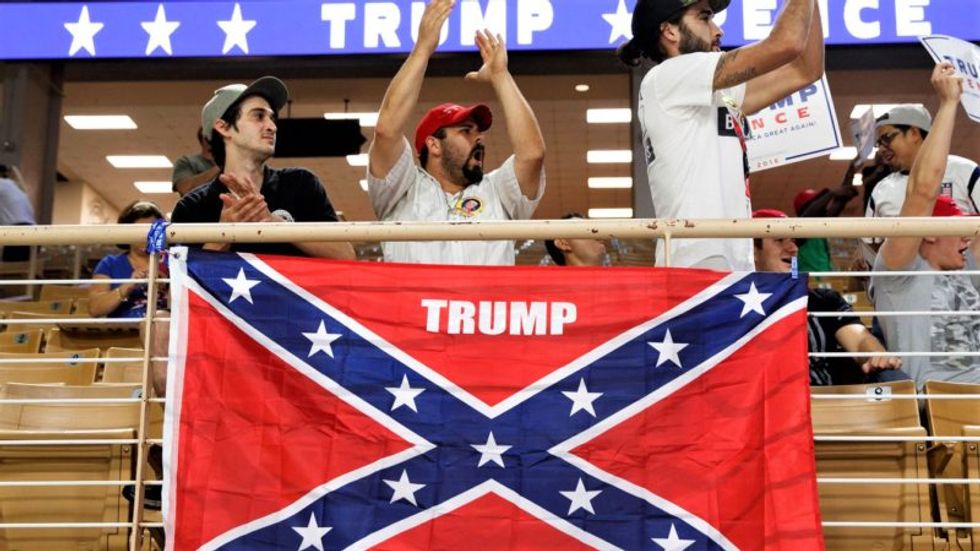 President Donald Trump grew up in a life of privilege in New York City and is positioning himself in the 2020 election based on caricatures of what conservative voters want, according to a New York Times report by Pulitzer Prize-winning correspondent Maggie Haberman.

Haberman began by noting Trump's defense of the Confederate flag.

“People love it,” Trump said on CBS News. “I know people that like the Confederate flag, and they’re not thinking about slavery. I just think it’s freedom of speech.”

Haberman explained the importance of the comments.

"It was the latest example of Mr. Trump promoting a caricatured view of what he believes his base wants — in this case defending a symbol of oppression that even the state of Mississippi has decided to retire, as well as the U.S. military, which issued new guidance on flags on Friday," she explained. "From holding a Bible aloft for a photo op outside a historic church, to scolding NASCAR for banning the Confederate flag at its races, to heralding the 'heritage' of the South, Mr. Trump repeatedly elevates to the public stage what he imagines are the top priorities for the voters who back him."

"When Mr. Trump first became a presidential candidate in 2015, his view of the conservative voters he was looking to cultivate was informed by his own experience as a wealthy real-estate scion who periodically waded into the culture wars of late-20th-century New York City. More recently, his view has been influenced by right-wing television, especially Fox News," Haberman reported.

"Evangelicals, for instance, have long felt that they were being mocked by elites, and they broadly make the point that Mr. Trump has heard their concerns in a way previous presidents have not. Yet Mr. Trump has shown difficulty understanding what motivates evangelicals, as well as the distinction between them and more secular Christians. A former supporter of abortion rights, Mr. Trump could not recall the name of a prominent annual anti-abortion rally, March for Life, despite having been the first sitting president to speak at the event, in January," The Times reported.